Living in Emergency: Stories of Doctors Without Borders 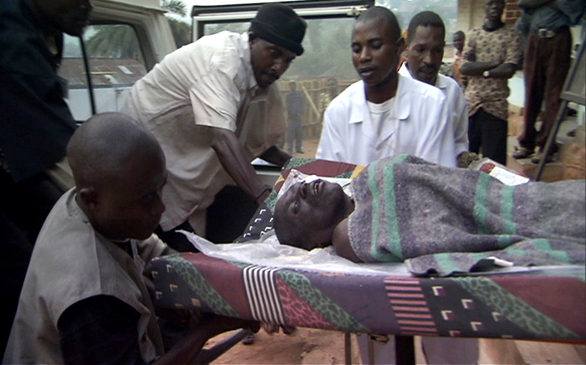 In a world where many glorify the work of doctors because of their considerably high incomes and respectable reputations, Living in Emergency: Stories of Doctors Without Borders lends a more realistic view of a doctor’s duty.

In Living in Emergency, viewers will be stunned by journeys overseas alongside Doctors Without Borders/Médecins Sans Frontieres (MSF).

MSF is an international medical humanitarian organization that reaches out to some of the world’s most neglected populations. It was founded in 1971 in France. The organization currently campaigns to fight diseases like malnutrition, HIV/AIDS, tuberculosis and malaria.

In the film, you witness the almost childlike hope the doctors originally dreamt their job would be like. When you ask a child why they want to be a doctor, the response is typically along the lines of “I want to save lives.” Somehow, years later, that selfless answer inevitably transforms into, “I feel secure with the generous income.” There’s no glamour or nonsense to Doctors Without Borders, nor is there in this film.

Living in Emergency follows four doctors with different backgrounds and goals. The film informs audiences of the cruel happenings abroad. These doctors have literally sacrificed their lives for others. In a perfect world, where money didn’t solely drive all ambition, doctors would be as they are in this film.

Despite doctors’ often stone-faced demeanors, this film shares a glimpse of the weaknesses and complexities with which they struggle. Whether they’re veterans or first-timers to the mission, the struggle to remember concretely why they chose to be there must stick with them without fading.

Living in Emergency marks producer-director Mark N. Hopkins’ feature-length directorial debut. Hopkins sheds a light on these healthcare providers in an unusually effective way. Hopkins didn’t set out to make the documentary merely in hopes that audiences would feel an overtly personal connection with doctors and patients.

“We didn’t make the film to deliver a message, the idea was more to immerse people in the MSF environment,” says Hopkins.

That is precisely what the film does. You do witness gruesome sights of people experiencing intolerable pain and torment. The film illustrates graphic accounts of what the doctors are faced with on their missions.

While the film doesn’t necessarily inspire audiences in a traditional sense, it does provide hope and a realistic report of the victims.