Shades of Death: Deadlines May Vary 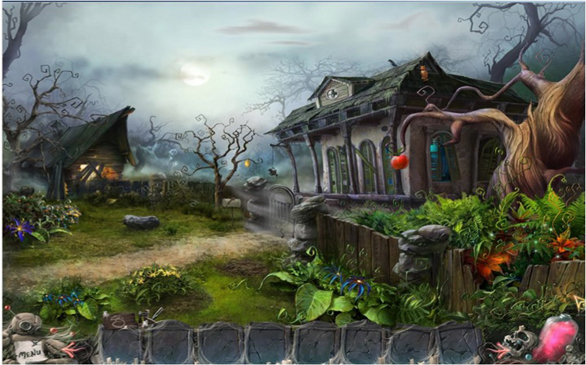 "Deadtime Stories" for the PC is remarkably light on actual death.

Video games get a notably bad reputation for being senselessly violent. Trivia games, board games and puzzle games very rarely have anything resembling violence. Many platformers and adventure games involve avoiding enemies rather than fighting them. Sports games may be violent, but no more violent than their real-world counterparts. Even games that have violence can still be more cartoony than explicit, and many do not show any form of death.

When death does show its boney face, games have traditionally treated it fairly nonchalantly with foes that fade out of existence or disappear in a pixilated puff. Every once in a while, however, we see a strange moment where the game forgets that it is all about death and actually shows an uncharacteristic unease with a character’s demise.

Despite its name, “Deadtime Stories” for the PC is remarkably light on actual death. It is even stranger, in that, the game opens in a graveyard and promises that you will learn the story of the untimely death of one of the cemetery’s residents. The voodoo priestess’s tale does involve dark magic, vengeance and a number of ghosts, but there is almost no violence to be found.

Instead, you have to play hunt-and-find puzzles to gather items that help you solve adventure game-style collect and combine puzzles. The puzzles start easy enough, but by the end, you find yourself looking through a crowded image for a well-hidden playing card in the game’s amazingly well-illustrated still-life version of a “Where’s Waldo?” puzzle. Once you find all of the hidden items and discover a few more by helping wayward spirits, you can combine them in voodoo spells to help further uncover the tale of intrigue, betrayal and angry spirits. The experience may seem a bit casual, but you will find yourself becoming obsessed over solving each and every puzzle.

In the end, though, the game is actually very shy about death. There is death – and not just that of the game’s main character – but when the game has to depict it, the normally fluid, detailed storytelling suddenly opts for brevity. The deaths are apparently so gruesome, even the narrator doesn’t want to talk about them. Ultimately, this takes all of the sting out of the deaths.

If “Deadtime Stories” is a game about death that is shy about killing, “Dead to Rights: Retribution” for the PS3 and Xbox 360 is a game about killing that doesn’t seem to like death. From the very beginning, we find that our hero’s canine partner Shadow has the ability to silently sneak up on a foe, rip the vital bits of flesh off with his teeth and drag the corpse out of the way to hide the evidence. As the supercop Jack, you can actually grab guns out of a foe’s hand, spin it around and almost instantly shoot the assailant in the head with their own weapon. Sure, there is quite a bit of story about loss and revenge in the pursuit to take down a criminal empire, but it’s easy to get impatient while waiting for the truly fun, bloody violence that comes with the game’s extremely simple controls.

For all of the ways you can kill, the game doesn’t seem to care much for death. Whether you die while playing as Jack or Shadow, you quickly re-spawn back at the last spawn point after barely acknowledging the fact that your character has given in to his wounds. Death holds even less power if Shadow goes down while you are playing as Jack since you can just walk up to the hurt dog and press a button to bring him back to full fighting strength.

In one strange moment, though, the game shows just how uneasy it is about actually acknowledging death. When a character that is close to Jack dies, the game grinds to a halt in a cutscene that goes on uncomfortably long. Jack begs and pleads with his mortally wounded associate to continue to fight for life. The scene is in direct contrast to the violence that leads up to it and only serves to intensify the killing afterwards, but it is interesting to see a moment where death is actually meaningful.

So, we see that even games that lurk in graveyards or create bloody masses of corpses are not completely kill-happy. Both games are dark, but they offer intriguing gameplay and an unexpected, yet intriguing, unwillingness to make death totally commonplace.

Games & Gadgets
Gaming against sexual assault, with 'Decisions That Matter' and other video games
1,507 views