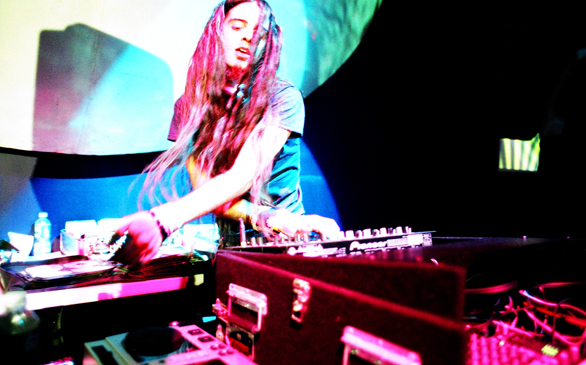 With Coachella officially behind us, festival revelers are left depressed as we await the next batch of live music shenanigans. Electric Daisy Carnival, North America’s largest dance music event, comes in late June, but for those who want an early Christmas gift, Reset Fest has come to the rescue.

Reset is the first event of its kind to be executed in San Diego since 2002. With a capacity of 7,000, the event isn’t likely to usurp the crown from Electric Daisy Carnival, but those who have been looking for something different need look no further.

Reset Events is a brand new collaborative effort between three UC graduates and best friends. Their vision is to revitalize the relatively quiet San Diego music scene after the demise of Street Scene, an event that used to take place every summer in the city.

Reset’s lineup represents the best of modern electronic music from all genres. The diverse set of world-class headliners includes Bassnectar, Flying Lotus, A-Trak, 12th Planet and Le Castle Vania, among many others, playing on three distinct stages within the venue.

Bassnectar has been riding high after his much-hyped performance at Coachella that had him churning out his distinct style of dubstep – transforming artists like Metallica and the Pixies into something quite unique. He’ll be joined by the likes of Flying Lotus, whose recent album Cosmogramma has garnered much critical praise, and Montreal’s A-Trak, whose popular remixes include Yeah Yeah Yeah’s hit “Heads Will Roll.”

Reset also features a unique and spectacular stage production highlighted by the Cubatron 3-D led visualizer and an array of intricate pyrotechnics. For those of age, Reset offers a full bar and a VIP area with cabanas and bottle service where patrons can mingle with the artists.