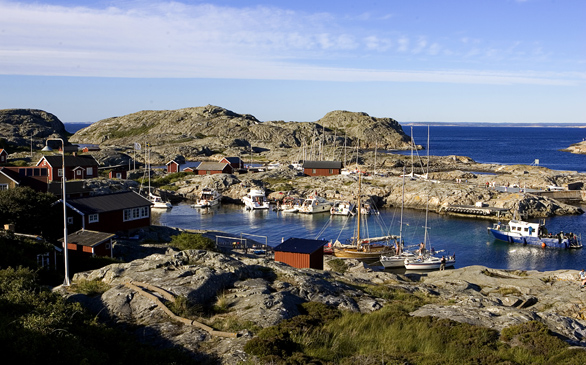 Volvo and the West Sweden Tourist Board want to give you a free trip.
(Credit: Lisa Nestorson)

Win a Trip to Sweden

The West Sweden Tourist Board has teamed up with Swedish carmaker Volvo to offer travelers a chance to win a one-week trip for two to West Sweden. Accommodation, meals and activities are included, as is roundtrip airfare from SAS Scandinavian Airlines. Volvo is even letting the winner use one of their loaner cars to explore the area. Entering is easy; just go to CarPlusVacation.com and use the trip planner to map out your dream itinerary while exploring what West Sweden has to offer. You’ll then be automatically entered to win the free trip. Contest ends July 1.

Cycling in Vancouver is excellent year round, and the city has an impressive network of designated bike routes. Routes wind through parks, in urban forests and by ocean settings such as the popular Stanley Park Seawall. The Seaside Bicycle Route is a beautiful urban bike path that offers lots of little nooks for resting, glimpses of the city that you can only see from the bike path and numerous openings to the beach where you can stop for a picnic. The Wedgewood Hotel & Spa has put together several customizable packages for cycling enthusiasts, all of which include a night’s accommodation, breakfast, valet parking and a Westwood Hotel & Spa cycling guide. Then you can add on things like road bike rentals, a gourmet lunch to take on your excursion or even an escorted cycling tour. Packages start at $284; find the details at Wedgewoodhotel.com.

Fields of War: Fifty Key Battlefields in France and Belgium

If you’re traveling to Europe this summer, there’s a good chance that you’re planning to visit Paris. The enchanting city has historically been a plum target for military invaders, and relics of war are easily found throughout Paris and the surrounding French countryside. Now historian and author Robert Mueller has put together a very thorough visitor’s guide detailing the circumstances of 50 battles that took place in this part of France or nearby Belgium. Covering a time span from the Hundred Years War to Napoleon and through both World Wars, each chapter guides the reader to the actual battlefield and associated landmarks like monuments, museums, ruins and cemeteries. Maps show you where trenches, foxholes and fortifications were (or still are) while Mueller’s text details the strategic moves of each side and the consequences of such. Some of the sites Mueller writes about are on or abut private property, but he offers tips on how to get access without trespassing. All battlefields are within daytrip range of Paris. Fields of War is available at FrenchBattlefields.com.

The volcano may be the hottest thing going in Iceland right now, but the second hottest is an event coming up this fall – the Iceland Airwaves Music Festival. Dubbed “the hippest long-weekend on the annual music festival calendar” by Rolling Stone Magazine’s David Fricke, Airwaves takes place on October 13 to 17 at various venues around the city of Reykjavik. The roster of talent is just beginning to take shape, but international acts confirmed so far include Basia Bulat, JJ, Oh No Ono, Efterklang and Think About Life. Icelandic acts scheduled to appear include Mugison, Retro Stefson, Agent Fresco, Reykjavik! and Sudden Weather Change. Early bird packages that include airfare, hotel and festival pass are available now. Icelandairwaves.com.

If you’re planning on hiking the Appalachian Trail this summer, think about taking off your backpack about the midway point, at the Old Mill in Pennsylvania’s Pine Grove Furnace State Park. There you’ll find the new Appalachian Trail Museum, the only museum dedicated to hiking in the United States. ATMuseum.org.