Revenge of the Lake Show 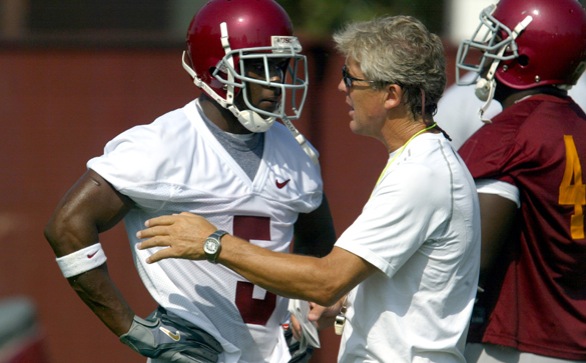 It was June 17, 2008. A visibly upset Kobe Bryant made his way through an ocean of confetti as it streamed to the floor of the TD Garden. Although he was the regular season MVP, Bryant and the Lakers just lost the Larry O’Brien trophy in a devastating 131-92 Game 6 loss to the Boston Celtics.

Two years later, and with the 2009 championship under their belts, the Lakers are ready for a rematch. The Celtics-Lakers rivalry is one of the most famed in all of sports – together they have won a combined 32 championships, over half of the 63 in NBA history. Their Finals story began at the end of the 1958-59 season, when the Celtics swept the Lakers in four games. This season marks their 12th Finals face-off; the Celtics have captured nine victories and the Lakers two.

Boston has made it past tough Cleveland and Orlando squads to take the Eastern crown, but that doesn’t mean they can nab it from Los Angeles as easily as they did in 2008. While the “Boston Three Party” of Kevin Garnett, Ray Allen and Paul Pierce is still intact, they go head-to-head with Pau Gasol, Bryant and Ron Artest, who wasn’t a Laker in 2008. The Lakers also have Andrew Bynum at their disposal this time (Bynum sat out in 2008 due to a knee injury.).

While the lightning-quick Rajon Rondo poses a problem for veteran guard Derek Fisher, the Lakers can rely on Shannon Brown and Jordan Farmar to pick up some of the slack in slowing Rondo – and thus the entire Celtics defense – down. This is going to be the key for the Lakers, and if they can succeed, they can take the series in six games.

The Lakers have home court advantage, so Games 1 and 2 are at Staples on Thursday and Sunday. Games 3 and 4 are in Boston Tuesday and next Thursday (June 10).