The Morning Benders/Broken Bells: May 19 @ The Music Box 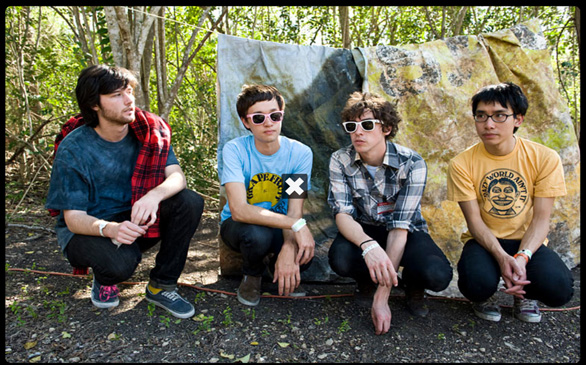 There was a sense of calm in the air from the moment the Morning Benders began their set. My first thought was, “Oh, the Music Box hasn’t quite filled up yet,” but as I looked around and saw the floor nearly packed, I realized it was the music. Growing up in Berkeley, I guess it’s a given that the quartet would produce mellow music, but that’s not exactly how I would describe their sound.

These young musicians have a lot of energy coming out of those hands with underlying raucous guitar balancing out the slight doo-wop, ’60s feel of the music. Think Lovin’ Spoonful meets Radiohead with a splash of Beach Boys. The crowd was into the entire show, and by the time the Benders ended with the revved up sing-along tune “Excuses,” they were asking for more.

And more we got, but this time from headliners Broken Bells. In case you didn’t already know, this group is a “side” project of the Shins’ frontman James Mercer and Brian Burton (a.k.a. Danger Mouse). The marriage of these two has the potential, and I stress potential, to be a solid, multi-record releasing project.

It’s hard to separate Mercer from the Shins – his voice is so familiar – but what makes Broken Bells different is the style of the music. Playing most of the tracks off their self-titled debut album, their cover of “Crimson & Clover” was spot on as well. Where Mercer is usually backed by lush arrangements, Burton’s approach is low-key and broken down.

It’s not something you’ve never heard before, but it works. Plus, it’s always fun to combine two different crowds and watch the magic happen.