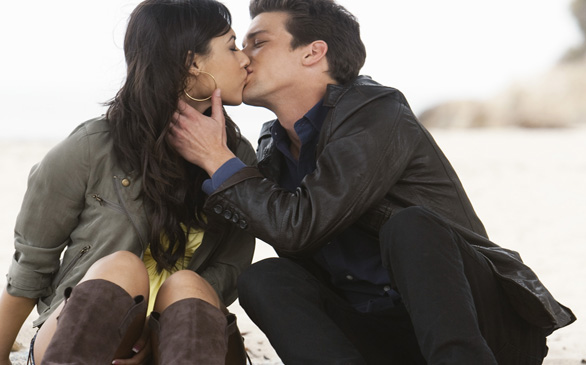 Los Angeles local Francia Raisa is one of TV’s hottest faces, reaping her share of fame and respect in Hollywood. Raisa was born into the entertainment world: Her father is a popular Spanish radio DJ, “El Cucuy de la Mañana.” However, Raisa never felt a struggle to step out of his shadow. In fact, she doesn’t feel that one exists.

“We have two completely different careers, and I’m proud of what he’s done, especially as an immigrant from Honduras,” she says.

Raisa got her official start in entertainment at age 16, as a back-up dancer and model. Soon after, she landed a role in Bring It On: All or Nothing, but it wasn’t until her lead role in The Cutting Edge: Chasing the Dream that she got in with ABC Family. Now Raisa has a lead role on the network’s “The Secret Life of the American Teenager.”

Raisa’s character, Adrian Lee, is the “bad girl” of Grant High School. Now in its third season, there are so many new hookups, some that Raisa is “still really uncomfortable with” (which means you know they’re good).

With the role came some controversy about her being portrayed as the stereotypical “sexy” Latina, but she feels that there are some things to clear up first.

“With the lip gloss, that’s me – myself. Wearing that kind of makeup had nothing to do with [Adrian’s character] being Latina. I just happen to love lots of gloss – and eyeliner. I’m always like ‘give me more!’”

Second, the role as Adrian didn’t even seem to be a stereotype.

“I was cool with [the role] because I didn’t see it as anything big. I was Latin, in high school, and at the end of the day, Adrian is a smart girl with straight A’s. She didn’t have a father and was in a broken home. She just went looking for love and found it through sex. I didn’t think it was a stereotype until I started reading reviews about the show: ‘Oh of course, the Latina has to be the slut.’ It surprised me.”

Yet, Raisa knows this is just a character she plays, and fans have come to recognize her talent, as her popularity has grown immensely since the show’s launch.

“I guess you know you’ve made it when people start calling you by name instead of ‘that girl who plays …,’” she says.

While the recognition is welcomed, sometimes things can get a little uncomfortable for her.

“It’s sometimes overwhelming because people start asking for my phone number and e-mail, and they ask if I can take them to set. I don’t want to be mean, but I just can’t do that. But what bothers me is when people sneak a picture of me. I mean, I see you. I’d be happy to take a picture with you if you ask. I don’t know if they think I’m rude like my character, or that I’m going to sleep with their boyfriend or something. I actually really love meeting my fans. It’s nice.”

Up next for Raisa is a collaboration in jewelry design with other friends (such as Amber Stevens from “Greek”). The line is called “Beso Beso” and she hopes to incorporate her personal “urban style” into it.

“I hate looking like a girl, and being girly. I like to funk it up, and the best way for that is through jewelry.”

Also, Raisa hints at a music project debuting sometime within the next few months.

Oh, and to clear up a few rumors, “I am not dating Daren Kagasoff (Ricky Underwood in ‘The Secret Life’).”

And second, “I have not done any plastic surgery. The only thing fake on me is my hair. I wear extensions, and I’m proud of it.”

“The Secret Life of the American Teenager” premieres June 7 at 8 p.m. on