Blitzen Trapper: Destroyer of the Void 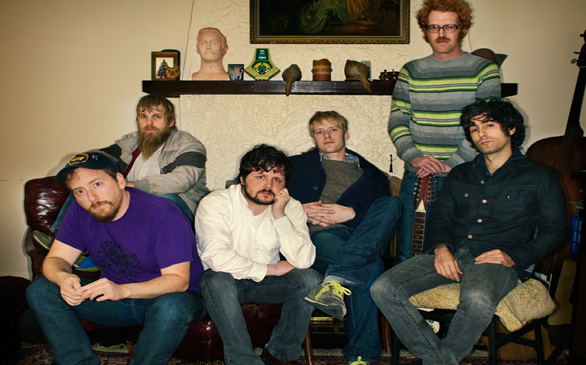 On Destroyer of the Void, eclectic Americana ensemble Blitzen Trapper continue an exploration of folk, country and indie rock while frontman Eric Earley sings about individuals who seek deliverance in a world devoid of spiritual compassion.

During acoustic murder ballad “The Man Who Would Speak True,” a sequel of sorts to “Black River Killer,” the Camus-like character tries to communicate what he doesn’t feel. On Dylan-esque “The Tree” – a radiant duet with Alela Diane – denouement and existence form an endless circle that eliminates personal choices. On the Beatles-tinted folk-pop tune “Below the Hurricane” the protagonist thieves what he can – dreams, devotion or convictions – from those who trust him. The quintessential track is Stones-ish rocker “Love and Hate,” where desire and death are inevitable bedmates.

While this release isn’t as effective as 2008’s Furr – there are bits of filler toward the back end – the members of Blitzen Trapper show they are more than just another roots-oriented outfit.

Destroyer of the Void is currently available.