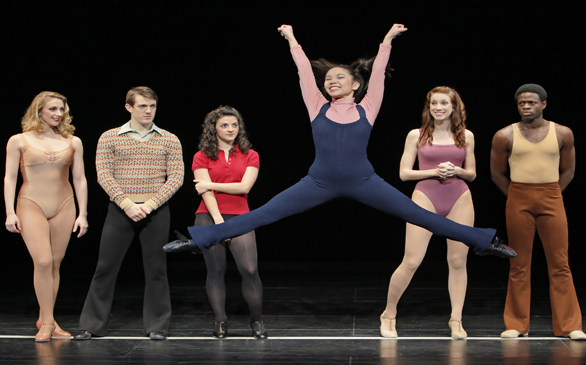 The musical’s setting: an audition in a Broadway theater, 1975. The true setting: inside the hearts and minds of anyone who has ever auditioned or interviewed for anything, anywhere.

“A Chorus Line” tells the simple story of 17 dancers auditioning for a new Broadway musical. For them, it is the chance of a lifetime, to fulfill their dreams. The plot takes you through each character’s background, learning why they chose dance as well as uncovering some secrets they wish were never revealed. It is a fun musical that allows audiences to empathize with the cast, because undeniably, whether you are a dancer auditioning for a show or a graduate interviewing for a job, “I Hope I Get It” (the first musical number performed by the company) has echoed endlessly though your mind.

The fantastic cast even boasts L.A. local Catherine Ricafort (Connie), who graduated from the Viterbi School of Engineering at USC just last year.