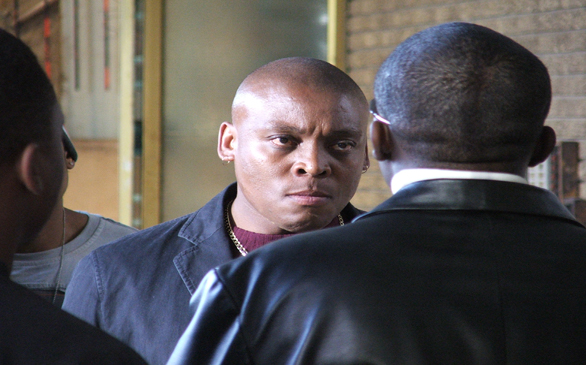 When you think Gangster’s Paradise, your mind may likely rewind back to 1995 to Coolio’s song from Dangerous Minds. You make a mental note of the gangsters and crimes associated with that film.

For Ralph Ziman’s Gangster’s Paradise: Jerusalema, you’re going to have to dig deeper than that. Picture offenses far worse and authorities less tolerable. The film shares an eye-opening, yet troubling, account of the possible negative effects of a person’s birth place. For those who were raised in the crime capital of the world, violence and illegal occurrences are the norm.

Of course, not everyone succumbs to their surroundings, but Lucky Kunene unfortunately jumps on the bandwagon. Kunene (Rapaulana Seiphemo) begins with small acts and inevitably manages to work his way up to some of the harshest crimes imaginable.

Seiphemo’s acting choices are breathtaking. He makes you sympathize with a man who is essentially a criminal. Seiphemo is also curiously sexy as the overly confident instigating gangster.

Ziman, who serves as the writer and director, allows us to feel for the most crime-infested district of Johannesburg.

Inspired by actual events, Ziman grew up in Johannesburg and wanted to create a movie based on his birth city. With the help of South African Police Service and cooperation from anonymous sources, he was able to follow through with this authentic telling of an inconceivable scam.

Gangster’s Paradise tells this story beautifully, rather than only showing the violence repeatedly throughout the film. Plus, it has a killer soundtrack.