Delorean: Look Forward to Taco Trucks by the Echo 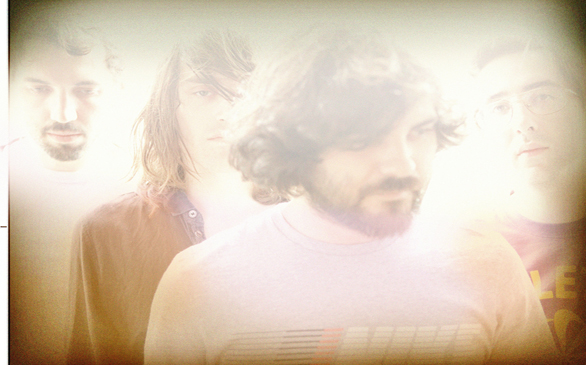 I had not heard of Delorean a year ago. Nowadays, they are rarely unnoticed. The Spanish four-piece recently completed Subiza, their newest album, and are kicking off their American tour. I exchanged a few words with vocalist and bassist Ekhi Lopetegi to help decipher their new sound and upcoming tour schedule.

“We are influenced by a lot of different artists. If I had to say somebody, but by no means in a particular sense, it would have to be Primal Scream and their song ‘Screamadelica.’ They definitely have inspired us [musically] to get to where we are today,” Lopetegi says.

Interestingly, Primal Scream was originally more of a rock band but evolved into the more dance club music oriented group that they became known for later in their career. Likewise, Delorean started with a much more indie rock sound and now, with the release of Subiza, have evolved in a similar fashion as one of their main influences.

The album is named Subiza in honor of the small countryside town where it was recorded last summer.

“We spent the whole summer recording in Subiza at our friend Hans Krueger’s parents’ house. Subiza is a countryside town near Barcelona. The Krueger family runs Montreal Studios out of their place,” says Lopetegi. “In our free time we had family lunches and dinners and played a lot of table tennis. It was a really intimate relationship and at the end of our time with the family we planted an oak tree together at the family’s house to remember the shared experiences.”

The intimate setting may have played a role in the construction of Delorean’s most complete album yet. While at first the tracks sound a bit repetitive and may in fact be verging on too similar, after a few listens their differences can be heard and appreciated. Lopetegi is quick to compare the old versus the new with the new being the finished product of the Subiza album.

“Our older stuff was not as well worked and has less flow. We never really completed it and released it a bit unsatisfied,” he says. “From our point of view as artists we were half way there, whereas with Subiza, we fully achieved what we wanted to do and you can hear it. There is more flow, and it just sounds more complete. We leaned more towards piano house music while compiling this album.”

“In particular, the song ‘Real Love’ epitomizes that complete sound,” he adds. “We were inspired specifically by Primal Scream’s ‘Come Together’ for this song and although the finished version of ‘Real Love’ sounds completely different, we spent a lot of time working this song out and I think it’s audible when listened to.”

After finishing an album it is straight to the road with most bands, and Delorean is no exception to this literal and historical trend.

“I hate flying cause you have to pack everything up, but driving is definitely natural. You make a record, then you hit the road,” shares Lopetegi.

Few can argue against the downtime that making a record can sometimes entail with all of the relaxation time in between. Lopetegi did not seem relaxed though when debating the pros and cons of studio life and tour life.

“When I get older I will probably be more for the studio. The studio is rewarding because you are making new music and seeing results. It’s hard work though, and we are not virtuosos, so that makes it even harder. It can be really exhausting at times,” he begins. “On tour the live shows are about intensity and playing the songs with energy. Shitty shows happen when you feel out of place and can be terrible experiences. The excitement of performing in a great show though is irreplaceable.”

“Coming to Los Angeles I look forward to surfing Malibu and hitting some of the taco trucks around the Echo. They have some great Mexican food at those taco trucks,” Lopetegi concludes.

If you don’t catch Delorean this week at the Echo, worry not, because they will be coming back in November for another stateside tour.