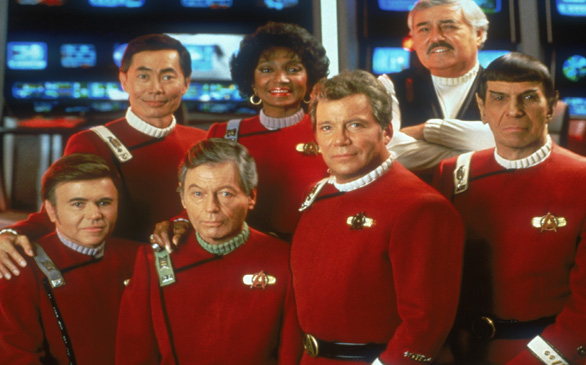 Do you know what this is? This is the age of three things: sequels, remakes and superheroes. The first two are my own personal enemy because, believe it or not, I like original work. What’s the use in fixing something that isn’t broken by banging it over the head with an over-dramatized and overpriced hammer until it is?

Look at the movie listings at your local theater, and what do you find but another Shrek film, Sex and the City this-is-really-the-last-one-until-next-time and Russell Crowe being a Gladiator in the name of Robin Hood. It’s a vicious cycle of giving the audience not what it wants, but what it will definitely ingest, digest and, for the most part, enjoy. These types of films aren’t trying to last very long, but that’s the market for you – just trying to make a buck while some others make art.

My distaste for the dreaded remake and sequel must be slapped with a warning sticker that I am basing my judgment on what is typically produced. I can say I am impressed every once in a neon green moon with a remake of a film that was bad to begin with. From bad, there’s really nowhere to go but up.

Superheroes are another story altogether. In fact, I would go so far as to say that the film industry needs such ridiculous and predictable stories of heroism and supernatural abilities to keep the world order in check. Filmmakers have begun to express through their work the idea that superheroes and villains and damsels in distress aren’t too far down the evolutionary timeline from ordinary heroes.

We love to see the future with its robot maids and flying cars and homes in space. It may never be an actuality for us (2012 is rapidly approaching.), but it’s an alternate reality from the future we should anticipate. How different is Batman from our own Bill Gates? Both have money. Both use their resources to help our bleeding world, be it Gotham or Uganda. One is much more flashy; however, the sentiment is comparable.

Gradually, the superheroes of our parents’ generation have undergone a reawakening, only to find that themselves alone in a twin-size bed, stripped of their powers and replaced with human inefficiencies. This year’s action-comedy Kick-Ass is a prime example, representative of how kids have come to a revelation. No, we’ve known for ages that parents are useless. What has taken fruition is the idea that to take charge and fight your own battles is often the lone option.

If you concur with the observation that superheroes (the ones in fully decorated cloaks as well as the ones in dirty laundry) are slowly taking over the world, then join people who most surely agree. Clear your calendar from June 11 through June 13 for the first ever Los Angeles Times Hero Complex Film Festival at the Mann Chinese 6 in Hollywood. Hosted by Geoff Boucher who blogs for the Los Angeles Times in a column fittingly called “Hero Complex,” the fest features legendary films (old and new, but mainly awesome) on the big screen.

On Friday, Star Trek IV: The Voyage Home is screened, followed by a Q&A with the movie’s director and star, the iconic Leonard Nimoy, who has recently announced his retirement from acting. Trekkies have been saying a final farewell to the original Mr. Spock, and the Hero Complex Film Festival is a part of that.

Saturday welcomes director Christopher Nolan who brings along his acclaimed film The Dark Knight, which was an instant hit with comic book fans. The superhero flick will be prefaced by Nolan’s Insomnia, and the filmmaker will appear on stage between the two screenings. As a bonus, he’ll show sneak footage from his highly anticipated July film, Inception, starring Leonardo DiCaprio and Joseph Gordon-Levitt.

Sunday closes the festival with a double feature of two of the most influential sci-fi films, Alien and Blade Runner. Sir Ridley Scott will be there in the flesh to discuss his contribution to the hero genre.

There it is, the first annual film festival dedicated to the “Hero Complex.” This is not Comic-Con or a generic comic book convention. This is the real deal for big screen heroes, and this is a verification that they’re here to stay.