Young Guns Shoot Up the West 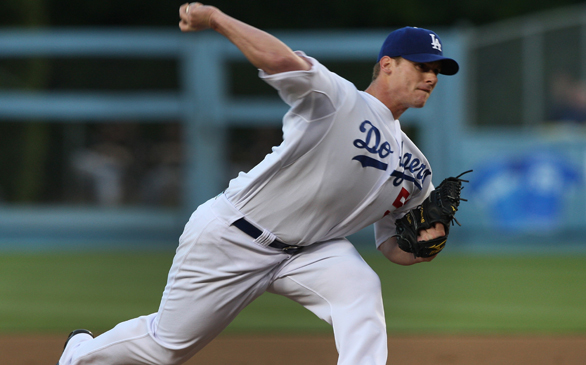 Since the first of May, the Dodgers have only managed to pull together the best record in baseball, going 24-10 and rising from the cellar to top the NL Western Division. The startling turnaround in recent weeks can be attributed largely to the performance of a precocious group of young starting pitchers. The resurgence of Chad Billingsley, 25, and Clayton Kershaw, 22, as formidable forces has been coupled with the unexpected contributions of a pair of 24-year-old rookies, John Ely and Carlos Monasterios, not to mention a few youngsters in the bullpen. So, let us pay our respects:

Bills got the skills.

At the start of this season, many were concerned about Chad Billingsley’s abysmal second half of the 2009 season, in which he won only two games. However, so far this year, Billingsley leads the club with six victories already under his belt. At 25, Chad is the veteran of the young guns. Some in the media had speculated that what had changed was his ability to pitch out of difficult situations. When asked about the change, his response was defensively dismissive, “In my first season, it seemed I was always in that situation, so that couldn’t be it.”

And what did he make of the team looking sloppy on an afternoon when they posted four errors?

“Hey, baseball is a tough game at this level.”

“You think you could do any better? If everyone could do it, they would be here.”

The slightly combative style is a change for a guy previously known to be soft-spoken with media. But hey, he ain’t paid to be friendly. And recently on the mound he has been anything but friendly to opposing batters.

The Rookie of Ely

Despite getting battered about in his last outing, giving up four runs in five innings, the kid from Illinois has put up solid numbers in his first season. With an ERA of 3.00 and a record of 3-2, he has earned himself a regular spot in the rotation.

An ERA of 1.87 after 33 innings, a record of 2-0 thus far – where did this kid come from? Answer: Venezuela, up through the Yankee organization. Thanks, Yanks. Monasterios barely made the roster this season and only got a shot to start a game when the Dodgers’ rotation was in shambles earlier in the season. A handsome young man who speaks little English, his enormous smile speaks volumes about his pleasure at playing in the big leagues.

Schlichting is the name. Travis Schlichting from Round Rock, Texas, became the unexpected hero in a 14-inning cliffhanger last week against the D-backs. It was the first appearance of the season for Schlichting, who was only recently called up from the minors. In a game in which the Dodgers used six pitchers, Schlichting was the last available guy. So he got to pitch four innings and did just swell, allowing no runs and three hits. He was rewarded for his efforts by getting sent back to the minor leagues to make room for Charlie Haeger coming off the disabled list. Haeger, who is 0-4 with an ERA of 8.53, has not exactly ingratiated himself to fans by virtue of his performance, and yet the Dodgers are not through with him. Haeger’s status requires that he be kept on the roster or released, so young Travis got the boot despite his success. After Haeger endured further abuse in his most recent outing since getting off the DL, something tells me we’ll be seeing this Schlichting kid again soon.

It is always fun to watch young talent blossom on the field, but can this group of young arms mature fast enough to handle the rigors of a long season and the potential pressures of playoff contention? Ah well, we’ll just have to wait.