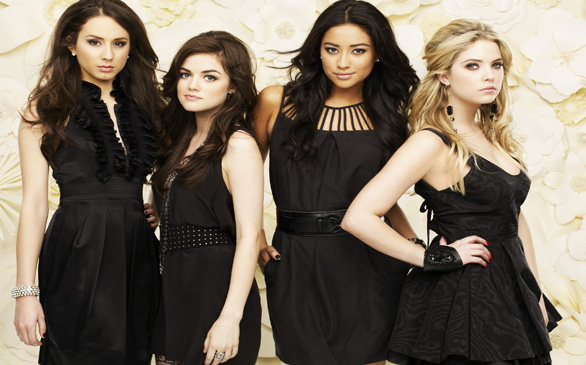 Families often aspire to bring up their kids in the suburbs. But what transpires when that idyllic setting becomes the backdrop for some dangerously dirty deeds? That’s what happens in ABC Family’s new series, “Pretty Little Liars.”

Four BFFs are thrust back together after a yearlong estrangement. It seems their friend Alison has gone A.W.O.L. – nobody knows (or will admit to knowing) what has happened to her. Soon, Alison’s crew begins to receive cryptic messages from an unknown source. Even creepier, the notes are signed from “A.” Could this be their bestie stirring up trouble from parts unknown, or is there somebody else attempting to take down these young women, one by one?

“Pretty Little Liars” was adapted from the series of popular books by Sara Shepard. Similar to “Gossip Girl,” it focuses on a group of privileged young people who wear all the right clothes and know all the right people. But unlike “Gossip Girl,” this series is much more accessible to its audience.

“Each character is different,” notes Ashley Benson, who plays Hanna, the Queen B in waiting. She calls the storylines “juicier” than other shows on the ABC Family network.

Adding some oomph to the series is actress Laura Leighton. Audiences may remember her as Sydney Andrews from “Melrose Place.” She contributes her share of bad behavior to the fictional town of Rosewood as Hanna’s mother.

“I’m trying to cover up some of her mistakes,” says Leighton. “She’s sort of fiercely protective, and she makes a desperate decision that she winds up paying for down the line.”

Make no mistake; “Pretty Little Liars” isn’t just another show for the kids. Benson is certain that audiences of all ages and backgrounds will be able to latch onto these characters and make them their own.

“My mom saw the show and she loves it!” she says.