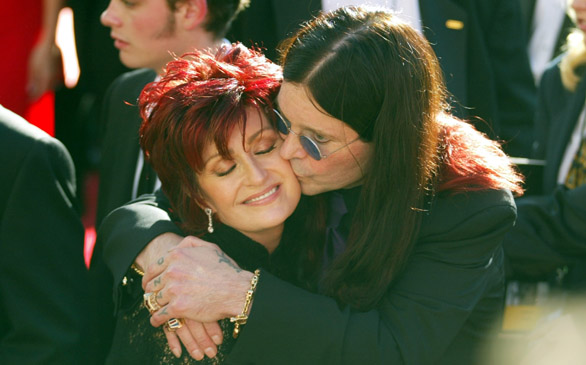 There was a lot to think about Friday night at Dodger Stadium. The arrival of the Angels of Anaheim for a three-game series would address the question of who was the best baseball team in the Southland. In the press box, the appearance of an article around an obscure character was being discussed with bewilderment and humor. There was also the possibility of a new world record being broken in the form of the longest and loudest scream recorded by a crowd led by rocker Ozzy Osbourne.

Additionally, it was the first night of ThinkCure! Weekend, an annual event to raise funds for the fight against cancer. On the big screen, true stories were broadcast on individuals who had struggled with cancer, including some ushers at Dodger Stadium. Players themselves shared stories of people in their lives who had fought cancer. In pre-game ceremonies 25 doctors and researchers whose careers were dedicated to healing cancer came onto the field via the centerfield gate to throw out the first pitch. Absent among the group of eminent doctors and researchers was Vladimir Shpunt.

Who is Vladimir Shpunt you ask? Only a Russian-born physicist hired by owners Frank and Jamie McCourt to transmit positive energy, called “V” energy, to the Dodger team in their quest to win baseball games from 2004 to 2008.

The story, which broke only a day before the series opener on the front page of the Los Angeles Times, was penned by staff writer Bill Shaikin. It describes how the Boston-based Shpunt discovered his unique powers while working with a 14-year-old girl stricken with leukemia. Shpunt, the grandson of a village healer in the old country, later learned that he could transmit these powers over great distances and began treating sick people in countries around the world. “V” energy, he discovered, could also be used to affect the outcome of baseball games. The McCourts were quick to put Shpunt on the payroll, albeit off the books. The physicist was purportedly paid “six figures” for his work.

Whether or not Shpunt’s healing powers would be better focused on healing actual victims of diseases may have been overlooked by the McCourts in their zeal to win. If Shpunt had focused his special capabilities in scientifically verifiable experiments treating cancer patients, he very well could have taken the mound to throw out the ceremonial first pitch. Now that would have given the fans something to scream about.