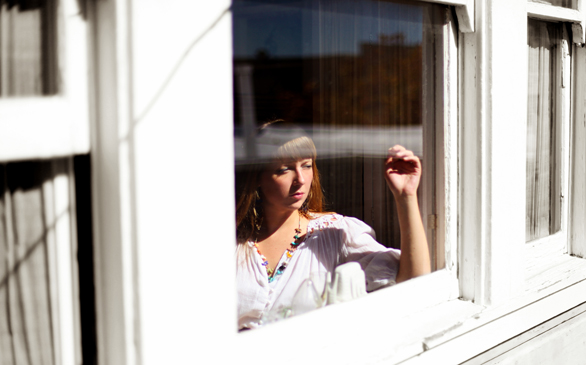 Backpack, wander and drift along the leafy pages of Kacey Johansing’s bookish-like album, Many Seasons. Johansing takes listeners along and through classically tuned turns, patchy uphills and downward spirals. As she sings about iffy partnerships and life’s tricky choices, the songwriter does it without sounding sullen or maudlin.Johansing’s stealthy, soothing voice will set those feelings and emotions on fire. Her lyrics go like this: “I threw your photographs in the water and watched them bleed into the colors red and brown. And there I was with you.” This is the kind of lyrical work that deserves admiration for its visual effects and sentence structure.

The songwriter’s 11 tracks become kind of haunting (but in a good way) when blended with the musical addition of the delicate piano notes, electric guitar, Wurlitzer, organ, Fender Rhodes, fragile violin strings, harp and rich cello.The multi-instrumentalist Johansing has satiny vocals and brings the Bay Area indie-folk sound to each one of her songs. In truth, her numbers sound like something out of a novel. You’ll want to relisten intently to a song in order to catch its meaning and pick up on the surprising musical notes that are distributed throughout Many Seasons. If you ever wondered how it feels to walk amidst a rolling forest with petunias, oak trees and tall shivering grass, get yourself a copy of Many Seasons, close your eyes and listen to Johansing as she welcomes you to an “Angel Island” while you “Sleepwalk.”

Many Seasons is currently available.