The Book of Eli and More 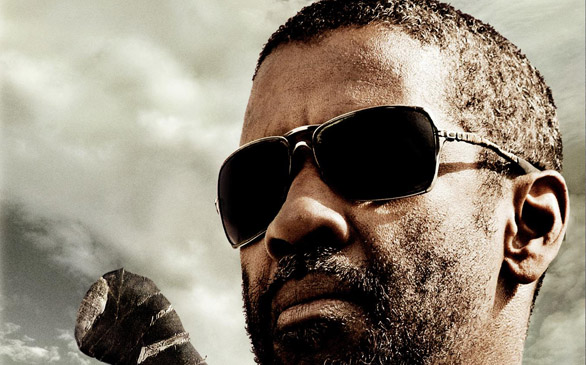 Denzel Washington stars in The Book of Eli.

Elvis: 75th Birthday Collection includes seven of the King’s films, including his debut in Love Me Tender, Flaming Star and Kid Galahad.

Bob Hope: Thanks for the Memories Collection contains six of the legendary comedian’s films, including the fan favorite the Road to Morocco co-starring Bing Crosby.

Also for dads: Based on a story by French action master Luc Besson, From Paris with Love is an over-the-top thriller about a young ambassador’s assistant (Jonathan Rhys Meyers) whom the CIA teams with a trigger-happy agent (John Travolta) in order to stop a terrorist attack in France.

Denzel Washington stars as a ninja-like survivor of the apocalypse, protecting the last known copy of the Bible in The Book of Eli. The ever-entertaining Gary Oldman is the despotic ruler of a settlement wanting to exploit the power of the book.

The Idiotbox: In time for the big screen remake, check out the original The A-Team: The Complete Series, packaged in a collectible recreation of the A-Team van. I pity the fool who misses this.

Set in a Rocky Mountain town, Everwood: The Complete Third Season is a poignant family drama starring Treat Williams. The Emmy-nominated series follows the evolving romantic and familial complications that arise when a single father/surgeon tries to start over with his two children.

Jada Pinkett Smith stars as a widowed single mother who takes on anyone in the way of running a professional nursing staff in HawthoRNe: The Complete First Season.

The team in Sanctuary: The Complete Second Season tracks down otherworldly creatures populating the world in order to protect and study them. It’s an inventive and visually stunning series.

Stranger Than Fiction: Burma VJ: Reporting from a Closed Country is a revolutionary documentary film, culling the home video footage of numerous underground video journalists from inside the 2007 uprising in oppressive Myanmar.

Chris Smith (American Movie) crafted the powerful Collapse. The film follows Michael Ruppert, a former L.A. police officer turned rogue reporter, who predicted the financial meltdown. Ruppert warns that the current foreign policy course America is on will lead to global catastrophe. See why and how it can be avoided.

Set on the eve of Y2K, Control Alt Delete follows the darkly comic romantic encounters of a man and his computer.

Blu Notes: Sergio Leone’s epic and operatic Spaghetti Western trilogy starring Clint Eastwood changed Westerns forever and made Eastwood a star. The Man With No Name Trilogy is more vibrant than ever on Blu-ray and comes loaded with bonus features.

Already missing John Locke? Check out Terry O’Quinn in an earlier role as a psychopathic stepfather obsessed with the perfect suburban existence in The Stepfather.

There’s no better way to get caught up on some of the best horror writing around than in hi-def with Supernatural: The Complete First Season. The series follows two brothers who traverse the country hunting supernatural evils. It’s endlessly entertaining.