Make Your Choice: Take Your Consequences 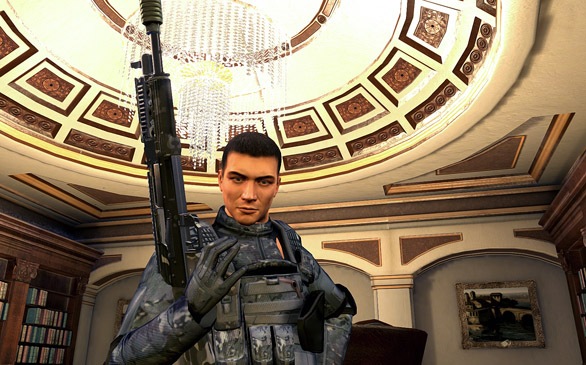 Traditionally, the concept of a “role-playing game” has relied heavily on the players’ willingness to ignore the lack of any actual role-playing. Players were taken through deep, memorable storylines and given the ability to affect a character’s inventory and occasional responses in conversation, but it never really went much deeper than that. Even when games started to adopt multiple pathways in which players could approach a problem, the choices made ultimately barely affected much in the grand scheme of the game.

Fortunately, role-playing games over the last few years have made massive steps towards actually giving players a say in their character’s destiny. First, games got multiple endings based on the choices the player made throughout the game. Then, side characters started to react to the player’s dialogue and gameplay choices, causing them to either become fiercely loyal or unwilling to follow orders. While these additions still keep the game’s general storyline, they help to make it feel more like the experience is at least partially guided by the player’s decisions.

With the release of “Alpha Protocol,” a game that refers to itself as an espionage RPG, it is easy to simply dismiss the game as foregoing the role-playing in favor of an action-heavy game if you don’t know the game developer’s history. Obsidian Entertainment has distinguished itself by creating sequels to popular titles from RPG forerunner BioWare including “Star Wars: Knights of the Old Republic II” and “Neverwinter Nights 2.” This history of working with a company that is considered to be one of the biggest innovators in the role-playing genre creates a very high standard for the company’s first original title to strive for.

If innovation is the goal, this game may owe more than a little to classic espionage titles like the “Metal Gear” franchise, but it is blazing new territory in the RPG genre. Players assume the role of Michael Thorton, a recent recruit to the games titular secret government covert ops agency. Thorton’s story of spy intrigue, betrayal and unusual alliances may be broken into a series of preset missions, but the player can determine what his background is, whether he relies on stealth or strength and often whom he should save and whom he should sacrifice in his mission. The action often plays out like a typical third-person shooter, but the story seems ripped straight out of a Tom Clancy novel.

“Alpha Protocol” may stray into unfamiliar plot territory, but its RPG elements should be extremely familiar to anyone who has played a BioWare title. Abilities are based on points spent by leveling up and can be used to do everything from rapid-firing weapons and pinpointing kill shots to hacking computers and even turning invisible while sneaking. The game even follows BioWare’s trend of allowing players to decide the order that the middle chapters of the game unfold with events from one chapter unfolding differently based on the path the player chooses.

Another BioWare standard that “Alpha Protocol” does amazingly well is its witty and intriguing dialogue. Each character’s dialogue style showcases their unique characters and offers clues on how they should be approached and dealt with. Dialogue is determined by a set of three or four options, with the added twist that most options in this title fall into either the aggressive Jack Bauer stance, the suave James Bond banter or the professional Jason Bourne directness. Approaching a new contact as a friend or as a professional may open up or close off missions and rewards, even if they are your enemies.

Familiarity aside, “Alpha Protocol” offers its own innovation by making every decision affect several elements of the game. Players can decide to kill their targets, removing them and the threat to freedom that they present, but this closes off future opportunities. Characters also remind you of your mistakes and heroism throughout the game, giving the impression that your choices really mean something. The game does give hints to some consequences of the player’s actions in the post-mission debriefing, but even decisions that seem like they are long past come back later with surprising ramifications.

If improved role-playing is the strength of “Alpha Protocol,” then the action itself is really its weakness. The sneaking elements are fun, but enemies are often either oblivious or relentless. The game’s character development offers multiple ways of solving problems, but stealth gamers will hate life during boss battles. Still, in all, it is an amazingly memorable and fun game that really feels like the gamer is in control.