John Morris: At It Again as Andy in Toy Story 3 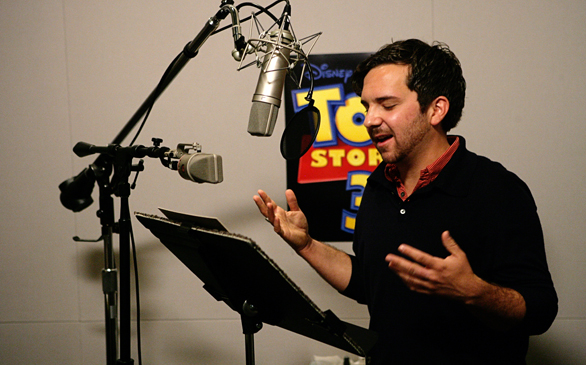 Most everyone loves Disney-Pixar short films. Accordingly, John Morris remembers watching them and thinking, “They’re so clever.” However, Morris might have a slightly different attachment to them than the rest of us, as he is the voice of Andy in the Toy Story trilogy, and has been ever since he was 7.

Growing up with Andy, Morris relays that returning to each film was weird, especially the third one.

“He’s in a totally different place in his life,” Morris says. “What happens to the toys? I remember that; going around my room and choosing what’s going with me to college.”

Morris can even remember his audition: “There were 50 to 100 boys of 6 to 8 years old. The instruction was to bring your favorite toy, and they would record you playing with it. I brought a box of X-Men figures, like 20, and dumped them out on the ground and started with the voices, going nuts. They all sort of laughed.”

The second callback was to do readings for Andy. Then came the final callback.

“I remember my mom telling me, ‘Oh, you remember that part you auditioned for with the toys? Well, you got it!’ I got a jolt of excitement. I remember thinking, ‘This is going to be so much fun!’”

And a lot of fun it has been, as Morris claims that never in his wildest dreams could he have imagined something like this.

As a UCLA theater program graduate, Morris would love to work on something theater-related next, but if he continues on with voice acting, he would love that as well.

“What’s challenging is there is so much imagination and creativity that can only be expressed through your voice,” he says, adding, “into the microphone and that’s it.”

There is one goal on his mind, however: “If there’s ever another The Lord of the Rings, I’d love to audition for that.”