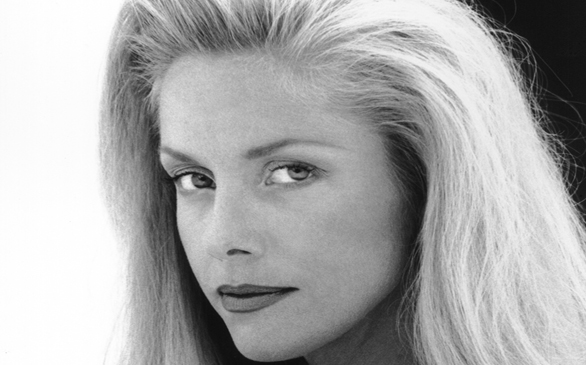 At age 15, platinum blonde Cherie Currie, described as “the lost child of Iggy Pop and Brigitte Bardot,” did what few David Bowie-obsessed teenage girls dared to do in 1975: joined an all-girl rock band. Over 30 years later, the now chainsaw artist from the San Fernando Valley would survive rape, drug abuse and kidnapping.

In her memoir Neon Angel, the Runaways frontwoman takes readers on a wild ride from growing up in a dysfunctional family to leading what would later become one of the most iconic groups in music. Neon Angel also inspired The Runaways film starring Kristen Stewart and Dakota Fanning, quickly marking the band as rock ’n’ roll’s own phoenix rising. With a new generation discovering the Runaways, Currie reveals how she became a wild girl and lived to tell about it again.

“When Neon Angel was first written with Neal Shusterman, I was 24 years old and hadn’t come to grips with a lot of the things that happened,” describes Currie. “In 2001, when I read it again, I just felt that there were so many things left out. This time, I was going to do it with no fear.”

Neon Angel, first published in 1989, was targeted to young adults, forcing Currie, who once seduced crowds in a corset, to hold back many shocking details about her childhood on the road. The film variation, like the band’s four-year existence, gives viewers a brief glimpse of how the girls rocked better than the guys. However, it appears as a different story told from director Floria Sigismondi’s perspective. Currie does reveal several excerpts from Neon Angel that could have given audiences a better idea of what it was really like to be a Runaway.

“Being arrested in Europe would have been interesting to see or even Kim Fowley’s sex education class,” she explains. “There’s so much to be told. How can you possibly put it into an hour and a half when you’re talking about years of experiences back-to-back almost on a daily basis?”

Unlike Currie, one band mate openly expressed her distaste for Hollywood’s variation of their fiery career. Lead guitarist Lita Ford pulled out from the project over creative differences. What could have been the beginning of a long-awaited reunion after eight years of the women not speaking to each other never happened.

“Lita has some unresolved issues with Joan Jett’s management, and she had her reasons for backing out of the Runaways reunion, which was her brainchild,” says Currie. “I’ll always love her and, hopefully, one day we can get past these differences and celebrate what we did together as kids.”

Fortunately, not all is grim between the remaining members. Jett and Currie “never missed a beat” in creating music for The Runaways, and the author even describes a surprising meeting with Fowley, who in Neon Angel, is depicted as a 36-year-old foul-mouthed con man.

“We buried the hatchet a couple of years ago,” she explains. “He apologized and wished that he would have done things differently. Kim didn’t know how to deal with a bunch of teenage girls. Still, the guy is a great rip-off artist. He always will be, but he also made a lot of people famous in this business as well. It’s a love-hate relationship that I have with Kim, but there’s an appreciation there as well.”

Even though the Runaways became one of the most popular bands in Europe during their reign, a homesick Currie left to pursue solo projects, including an album titled Messin’ with the Boys, as well as movies, like Foxes opposite Jodie Foster. However, her growing drug use would later destroy her rise to stardom.

“The most difficult experience for me to write about was probably the fallout with my twin sister and the loss of my record career,” explains Currie. “That gave me more turmoil today because I knew how I felt about those things, but haven’t said them out loud. In doing so with the book, I went through a lot of changes all over again. This was my one opportunity to say it from my side.”

Today, a grown-up and sober Currie is ready to embark on a new journey with mic in hand. This summer, she’ll be hitting the road and performing with her son Jake Hays. Looking back, Currie does feel remorse over becoming an alcoholic and addict and even wonders what could have become of her acting career. Nevertheless, she accepts her colorful past and anticipates creating a brighter future not solely as an artist, but as a woman ready to start anew.

“The purpose of Neon Angel is to show anyone that you don’t have to be a victim; that’s a choice,” says Currie. “If you follow your heart and your dreams, you can make it anywhere you choose. That’s really the point of the book and to not be so hard on yourself. Survive and thrive.”