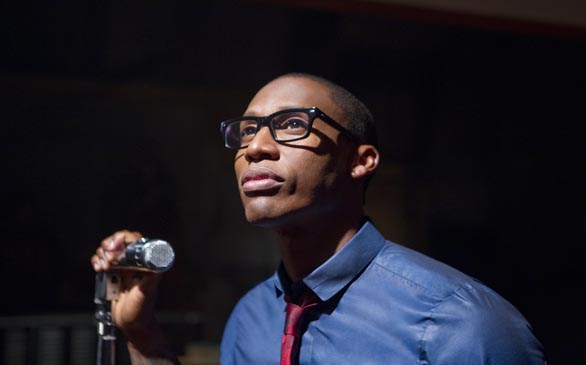 Rap’s new wonder kid is hitting the United States with a vengeance with his debut album. The Canadian-born rapper was merely playing the wheelchair-bound Jimmy Brooks on the popular teen drama “Degrassi: The Next Generation” before his 2009 single “Best I Ever Had” blew up radio stations and U.S. Billboard charts. Since then, Drake has been hot property for music studios and superstar producers like Jay-Z, Kanye West and Lil Wayne. Songs from the album that were circulating online had fans feeling the smooth beats and the “I’m bigger than life”-type lyrics. Featured collaborations include T.I. and Alicia Keys.

Jewel’s second country album, Sweet and Wild, brings music inspired by her life experiences and took the better part of a year to write and record. The tunes give a sneak peek into her inspiration when writing, as Jewel sings about the love and happiness in her life. With just her acoustic guitar, witty lyrics and unique vocals, Jewel brings the listener into her personal story and keeps you engrossed the whole way through. —Lynda Correa

For the most part, the electronic-synth duo Ratatat is sticking with the formula that made LP3 a hit with the hipsters down at Sunset Junction and the college art house crowd. In the spirit of electronic French house music popularized by Daft Punk and Justice, expect minimal lyrics and their ability to spin rounds of synthesizer-heavy melodies either through the manipulation of guitars, string instruments or pianos. Simply, it’s musical bliss.

Though many have seen her advocating against animal abuse in those heart-wrenching commercials where sad dogs stare at you as McLachlan sings “In the Arms of an Angel,” McLachlan’s most ambitious and empowering credit goes toward her part in starting the all-female musical festival Lilith Fair. It’s been two years since her last album, which was released after a 2008 greatest hits record. The Laws of Illusion coincides with the resurrection of Lilith Fair, which last opened in 1999.

We Are Scientists – Barbara (Masterswan)

This cooky band of misfits hailing from New York with roots from Pomona College in Claremont, Calif., is a big ball of sheer energy. Their fourth studio album features indie-pop ballads that stay true to the trademark sound that made their 2005 debut, With Love and Squalor, a domestic and international hit. The first single, “Rules Don’t Stop,” holds up to their style of catchy chorus lines and raw garage band style.

The Bloc Party lead singer is striking out on his own with this experimental album that promises to be a different sound from the loud and raw rock pieces we’re used to. Instead, expect to hear Kele Okereke go toward the club scene route, with an arrangement of electronica and synthesizer house beats playing beneath his easily recognizable voice. Though very different, it is quite refreshing. I suspect a myriad of remixes to ensue from this album.

Sia – We Are Born (Monkey Puzzle/Jive)

It was her hit single “Breathe Me” that made her famous, and though We Are Born features a range of catchy upbeat tunes, it still doesn’t compare to the experimental drama that made “Breathe Me” popular. But who are we to put Sia into a box? This album actually gives us a better view of Sia’s real persona as both soulful and funky. Tracks including “Clap Your Hands” and “The Fight” are heavier on the pop sound similar to Natasha Bedingfield.

Danger Mouse and Sparklehorse – Dark Night of the Soul (Capitol)

The rave reviews and anticipation surrounding the collaboration of Mark Linkous’ Sparklehorse and Brian Burton of Danger Mouse is expansive. Well, why not? Various artists including the Strokes’ Julian Casablancas, the Flaming Lips, Iggy Pop and James Mercer from the Shins (and Burton’s Broken Bells project) contribute to tracks on the album. However, it’s the cooperation of avant-garde director David Lynch that seems to have the blogs completely enthralled (according to NPR Music, a book of photos by Lynch is to be packaged with the album). Overall, each track provides a little soul from every guest artist but carries the album’s theme of hauntingly dark melodies. Though it may not have been the purpose, Dark Night of the Soul has become a contemplative and worthy tribute to the recently passed Linkous.

The main buzz stemming from M.I.A’s third release is more on the album’s visual aesthetics. Her album title may seem like computer code for something more sinister (It’s actually supposed to spell out M.I.A’s real name: Maya.), and the cover art offers a bold statement on music downloading and censorship, but would we expect anything less from the songstress that brought us the cash register, gun-shooting beats of “Paper Planes”? M.I.A. is provocative, politically conscious, experimental and not shy about telling it how it is. The electro-funk pop sound of first single “XXXO” is lighthearted and catchy compared to the menacingly cool “Born Free.” Like the album title, you just might not know what strange exciting things you’re going to get.

On their third full-length studio album following the highly praised Neon Bible and Funeral, the Arcade Fire never fail to bring the emotional operatic sounds that have made songs like “Wake Up” from the Where the Wild Things Are trailers an anthem of psychedelic joy. The Suburbs promises the same rock-infused musical force that this seven-piece band from Montreal can bring – from songs like “Month of May” – that blends together a fast-paced, soul-jumping rhythm with the haunting melodies of synthesizers and band member Régine Chassagne’s distinctive voice.

I haven’t heard from N*E*R*D in a hot second, and I’m anxious to hear what this trio has to offer. Too bad they keep pushing back the release date from June to July, to now September. Creating over a decade’s worth of music together, childhood pals Chad Hugo, Pharrell Williams and Shay Haley are known for crafting some of the hottest summer singles, including “Everyone Nose” and “She Wants to Move.” For those of us who can’t wait, try previewing their new single featuring Nelly Furtado, “Hot-n-Fun,” on iTunes. It blends everything that is soulful and cool, and has a touch of swagger that gets all the girls’ heads bopping.