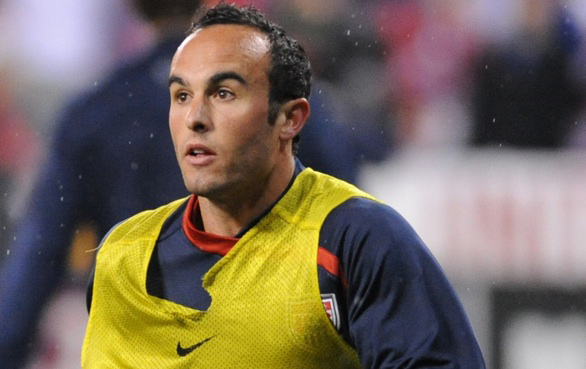 After more than a full week of World Cup soccer matches, the tournament has given much to comment about.

USA played its second affair Friday, June 18, against Slovenia and earned an important 2-2 draw. The Americans came out flat in the first half en route to a 2-0 deficit by halftime, but midfielder Landon Donovan inspired the squad early when he powered a goal past the opponent’s goalkeeper. Michael Bradley added the game-tying score with less than 10 minutes remaining.

Slovenia currently sits in first place of Group C with four points, while England and USA are in second with two points each. In order for the Americans to advance to the round of 16, they must defeat Algeria June 23. It won’t be easy.

Out of the few unbeaten teams left, Brazil and Argentina look the strongest. Both are in first in Group G and B, respectively, with six points each. Argentina collected a convincing 4-1 victory over South Korea June 17 as forward Gonzalo Higuain pounded a hat trick. The Brazilians defeated North Korea 2-1 before topping Ivory Coast 3-1. No. 1 ranked Brazil faces a difficult task in Portugal June 25. Although the Portuguese have underperformed so far, they present a prominent threat and challenge to jogo bonito. Striker Cristiano Ronaldo is destined to formulate a solid appearance in the match.

The Netherlands, ranked No. 4 by FIFA, are 2-0 thus far after beating Denmark and Japan. They next play Cameroon June 24.

One of the favorite teams (Spain) to win the tournament suffered a colossal setback in their opening group stage game. The Spaniards lost to Switzerland 1-0 June 16.