Shaun Taylor-Corbett: Sonny days are “In the Heights.” 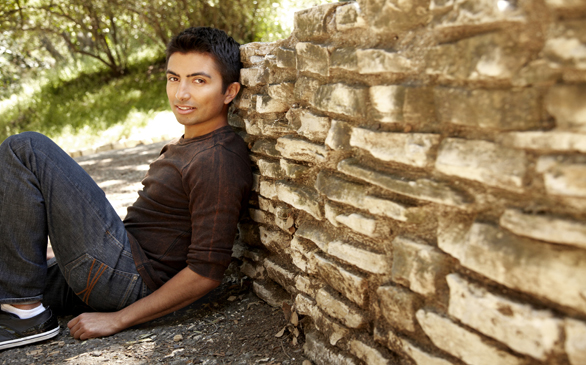 A funny thing happened to Shaun Taylor-Corbett on his way to the UN. He ended up on Broadway.

When the actor and singer, who currently stars as Sonny in the Tony Award-winning musical “In the Heights,” graduated from the University of Delaware in 2001, he had a degree in International Relations and an internship lined up with the State Department. Even though he grew up in a family of creative people, he thought he was better suited to the life of a diplomat.

“I knew I wanted to affect people’s lives somehow,” he says over the phone during a break from rehearsals in San Francisco, where the show has been playing to rapturous, sold-out audiences. “I wanted to use my knowledge of other cultures and languages to help people solve conflicts. I thought diplomacy was what I was going to do.”

Instead, an audition for the musical “Pippin” changed everything. After booking the lead, he realized he had been following the wrong path and that it was time to pursue a career in the arts. Despite years of protest, Taylor-Corbett was officially in the family business. His mother, Lynne Taylor-Corbett, is a Tony-nominated director and choreographer who directed “Swing!” on Broadway and choreographed the musical “Titanic,” and his father, now retired, was an A&R rep for Columbia and Arista, working with performers like Mariah Carey and Whitney Houston.

“I was in one of Whitney’s music videos,” Taylor-Corbett says. “I can’t remember which one, but I was only 9 years old and I was just moving and dancing around. Mariah took me to Great Adventure or Disneyland or something like that before she was really big.

“I grew up in recording studios and theaters. It was such an amazing, magical world to me, but at first I didn’t want to do it professionally,” he admits. “I saw the struggles to be in the business and I thought, ‘Nah, it’s a little too much for me.’ The business can be very cutthroat and selfish. But [after the show], I just thought, ‘I have to give this a try.’”

Following his run in “Pippin,” he decided to forgo Washington, D.C., in favor of the Great White Way.

“I was so naïve,” Taylor-Corbett laughs. “I thought, ‘Oh, I’ll just go to New York, it’ll be so easy.’ I got to New York, and the talent level was just incredible.”

After a year and a half of odd jobs, regional shows and performances in basement theaters, he landed “Hi-5,” a remake of the Australian kids’ television show and reached the point of no return.

“My career launched after that,” he recalls proudly. “That was my break.”

Not long after his time on the Daytime Emmy-nominated show, he landed a role in the Off Broadway production of “In the Heights,” a show that was on its way to becoming a phenomenon that would eventually earn 13 Tony nominations, taking home Best Musical in 2008.

“I’d seen it four years before, in a reading, and I thought, ‘This is going to be so cool!’ I love pop music and hip-hop and musical theater; it had everything,” he says.

He began as an offstage stand-by, understudying the lead and a couple of other roles during the show’s Off Broadway run, joined the ensemble when the show moved to Broadway and then was asked to take on the role of Sonny, sidekick to the lead, for the show’s national tour.

After the tour comes to an end, Taylor-Corbett returns to Broadway as Sonny, starring alongside Jordin Sparks.

“It’s full circle!” he proclaims excitedly. “It’ll really be like coming back home. The fact that I’ve been able to stay with [the show] this long and be part of something that really affects people, from whatever background, is really amazing. We’re all really spoiled. Not every show is like [“In the Heights.”] This is what I set out to do with my life when I was thinking I would be a diplomat; I wanted to affect people, and this show lets me do that.”

“In the Heights” runs through July 25 at the Pantages Theatre, 6233 Hollywood Blvd., Los Angeles. For more information, visit broadwayla.org.