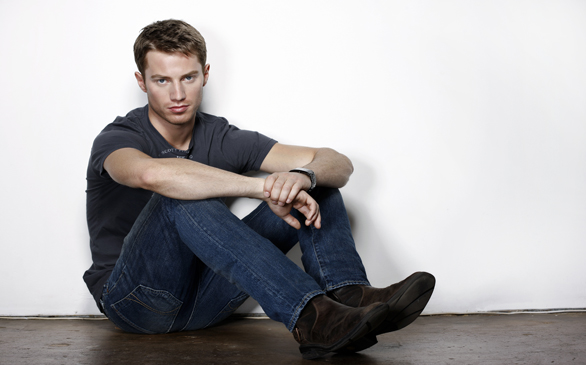 Anybody who’s lived and worked in Los Angeles for any amount of time can relate to “Entourage”’s character Lloyd (Rex Lee). He’s the loyal but abused assistant to the show’s most outrageous character, super agent to the stars, Ari Gold (Jeremy Piven). However, season six saw Lloyd finally crossing over to the big time, leaving a vacancy for some new masochist to take over in his stead. That role has now gone to newcomer Jonathan Keltz. The 22-year-old actor got his start on the syndicated Canadian export “Degrassi: The Next Generation,” where he performed among other new heat seekers like Shenae Grimes (“90210”) and chart-topping musician, Drake. However, it’s his role as Jake Steinberg – Ari’s new bitch – that is sure to garner him more buzz than his youth can handle.

Keltz confesses that he had “Entourage” in his sights long before he made it onto the cast.

“This is my dream show,” he says. “I moved out to Los Angeles and told my manager that I wanted to be on the show.”

After auditioning, his desire soon became a reality.

Keltz has immersed himself in his role, which continues shooting through July 2010. The actor is also thrilled about being paired opposite Piven.

“He’s been awesome to work with,” says Keltz. “He’s much more mellow in real life.”

Reassuring, yes, but fans still want to know what’s new in Ari’s world and if he has as much onscreen chemistry and fire with his new lackey as he did with Lloyd. After all, their relationship has provided some of the funnier moments on the program.

“[Ari’s] got a lot of great stuff coming up this season,” admits Keltz. “Everybody’s doing their own thing. All I can say is everything I’m involved with is with the agency. It looks like there’s a sports development over at the agency.”

Keltz won’t drop specific athletes’ names, but his silence is deafening. Over the years, “Entourage” has been a hotbed of celebrity cameos, giving everyone from LeBron James to Tom Brady enough credits for a hefty SAG pension.

But he does open up when it comes to old meeting new. Keltz admits that his character, Jake, currently does very little interacting with Lloyd. This may come as a surprise, since Ari seems apt to pit old against new.

“There haven’t been any exchanges yet with Lloyd talking to the new guy,” he says. He adds that Jake is constantly “keeping [his] head down and doing [his] job.”

After he wraps his first full season on the show, Keltz will be entertaining a number of upcoming options currently in his corner. Forever focused on his career, the actor is taking each new offer one day and step at a time.

“It’s the most unpredictable industry in the world,” he says of Hollywood.

But unlike so many young talents who head west with stars in their eyes and no game plan in sight, Keltz is a bit more grounded than the rest. He’ll take the friendship, ribbing and work ethic of the four boys from Queens, N.Y., (Vince, Drama, Eric and Turtle) any day.

As for which of the guys he personally feels he’s most like in real life, the answer is a bit too difficult to corner.

“Oh, that’s an interesting question. I’d like to say there’s a little bit of all of them inside of me,” says Keltz, citing that he hopes he’s as friendly and affable as Turtle, as successful and loved as Vince, as responsible as E and as resilient as Johnny Drama.