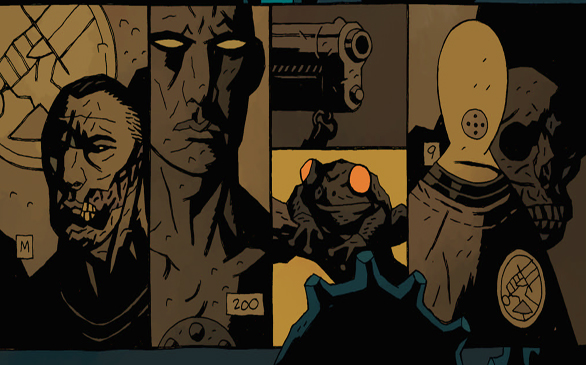 Set before Roger’s death, War on Frogs contains five stand-alone tales – each told from a different agent’s point of view – in the B.P.R.D.’s ongoing war against the deadly giant mutant frogs. Formerly Hellboy’s team, the Bureau of Paranormal Research and Defense is a crack squad of supernatural agents, from a pyrokinetic woman to a humanoid amphibian to a homunculus and a ghost.

Several artists join co-writers John Arcudi and Mike Mignola. In the best entry, a girl poses as a miracle worker at tent revivals in order to turn people into frogs. John Severin’s gruesomely detailed dismemberments shine in another chapter.

Ultimately, as is the case with many collections of one-shots, the whole comes up feeling a bit empty. But each tale is diverting enough.