Call the Cops: Disturbing the Peace 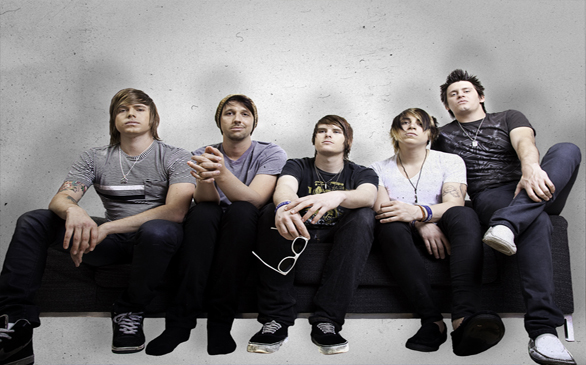 After a brief pause, Allen adds, “That’s what my mom would say to me, at least.”

Though divulging that he and his band mates are admittedly still “poor as shit,” Allen laughs off the seeming struggle with the same nonchalance he has with everything else he says. Regardless of how much of that aforementioned success the Long Beach-based dance-pop act may have under their belts by now, Allen is entirely aware of the struggles new bands face when starting out.

“Being that we are still a newer band, we haven’t played as much as the other bands, so we have to work that much harder just to compete as far as the live show goes,” he says. “I think that’s the most important thing that we can work on as a band outside of the business stuff.”

“You really have to trust yourself and the band you’re in. In the long run, no one can make something happen but yourself,” he says of the business side of the music industry. “All these bands ask how you get a record deal, you have to be proactive. You can have the best songs ever written, but if no one knows about it, you’re not going to get shit. It takes hard work on your own.”

A bit of an ironic statement, given Allen’s band is part of a genre where bands are prone to phoning it in with their songwriting and performing. But then, his acknowledgement of that may be why his band is poised to lead the pack of up-and-coming dance-pop bands.

“When it comes to working in the music industry, you have to love what you do. Because if no one believes you, then what do you have?”

Along with his understanding of what bands have to do themselves in order for success, he knows some things are still beyond his control, too.

“People will look, and if the person next to them has their arms crossed, they’ll cross their arms too,” he says of courting unfamiliar audiences. “It’s unfortunate, but everyone’s so worried about being cool, and they’re so afraid to have fun. It means we have to work twice as hard, and that’s kind of nerve-wracking. But it’s all part of being new and trying to get your band out there.”

With their self-titled debut album, forged on “a lot of late nights and beer bottles,” now completed and released, Allen and his band mates can focus their efforts on getting it out to the masses and swaying some of those fickle opinions. With Allen’s vocal melodies evoking early the Academy Is… while his band mates’ dance party synth stylings make the album a perfect chaser for genre contemporaries like the Ready Set, Call the Cops would seem to be the full package of both substance and style.

“Not every song sounds the same. That was something we really tried to get away from because we don’t want people to get bored,” he says. “I like to write things very open to interpretation. I think the more you make things personal to yourself, the more it secludes people from actually being able to relate.”

While his contemporaries may take the heart-on-sleeve approach to songwriting, Allen maintains that the album’s source material is not firsthand experiences.

“If you read the lyrics, it sounds like I hate girls, but I really don’t have any battle scars from girls. I write from my perspective of my friends telling me about their lives and try to keep it as far away from being personal as possible,” he says.

“That might sound weird, but that’s boring. Writing about me is boring,” he adds with a laugh.

Not so, actually. We promise.