The Henry Clay People: A Band of Brothers 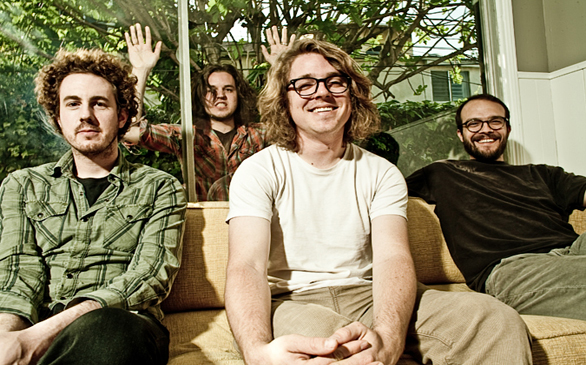 The Henry Clay People hit the road last year for a mostly sold-out theater tour with the Airborne Toxic Event. Since then, they have become a must-see national touring force who refuse to stop. Widely known in the Silver Lake area as one of Los Angeles’ most entertaining live acts, they also make great records.

Finishing up a West Coast tour with Drive-By Truckers and opening for Silversun Pickups this summer, the band hasn’t spent much time at home over the past two years.

“It’s just fun. We get to travel around, play shows and see different parts of the country,” explains singer-guitarist Joey Siara. “You can’t really bitch about that.”

Joey and his brother, Andy Siara, formed the band after numerous stints in short-lived “crappy punk bands.” It was then that they decided to revisit their old Replacements and Big Star records to mold their current indie/Americana sound. It’s on their current tour that the band feels like they’re finally playing in front of crowds who are able to embrace their unique rock style.

“At the end of the day they [Drive-By Truckers] have the classic rock ’n’ roll vibe, and I really couldn’t be happier opening for another band,” Joey says.

With the help of Earlimart’s Aaron Espinoza recording their new album, the band set out to make a traditional rock record by ignoring current computer recording technologies and laying most of the tracks to analog tape. The Henry Clay People’s third LP, Somewhere on the Golden Coast, is the result of those recording sessions.

“The heart and soul of the record is the sound of a rock band playing live in the same room, and we also consumed a fair amount of beer making this record,” Joey reveals.

Notorious for performing full sets of cover songs and playing shows under their many alter ego names (the Ronald Regan People and the Santa Claus People), the Henry Clay People intend to keep things exciting, but at the same time still maintain a special relationship with fans.

“Fun is contagious,” Joey explains. “The idea of being in this band is hanging with your buddies and making music, and if the crowd sees that we’re having fun on stage, it creates a feedback loop that breaks that barrier between the crowd and the people on stage.”

In true Oasis fashion, the band is fronted by brothers, but rather than the explosive relationship that the Gallaghers have, the Siaras have a much more levelheaded approach to the brother/band mate dynamic.

“No matter what, I know he will always have my back,” lead guitarist Andy explains. “But all of us in this band are kind of like brothers now.”

Somewhere on the Golden Coast is currently available. The Henry Clay People perform Aug. 6 at the Greek Theatre with Silversun Pickups and Against Me! For more information, visit henryclaypeople.com.