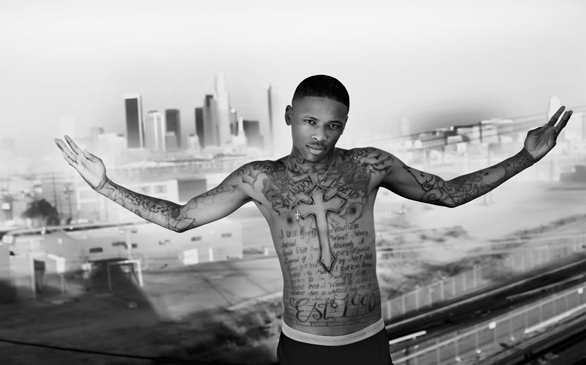 YG, Compton’s latest rap star and progenitor of the “jerkin’” craze, has signed with the Def Jam label. It wasn’t that long ago that YG (short for Young Gangsta) was about as far removed from the music business as you can get. It was an incident that occurred back when YG was in high school that led to his talent being revealed.

“Someone dissed me in a song and posted it on MySpace,” YG says. “I was amused that someone would do such a thing, but I decided to respond the best I could through music. I didn’t even know how to rap.”

But the rest, as they say, is history – YG’s MySpace page has received over two million visitors, and several of his posted tracks there have gotten a million plays each. YG’s first single, “Toot It and Boot It,” is available now on iTunes.

The promoters of the Electric Daisy Carnival have another day of musical fun lined up with this year’s Audiotistic Festival, set to take place at the NOS Events Center in San Bernardino on Saturday, July 24. The idea behind Audiotistic is to unite music fans for a diverse music experience with a roster of talent that represents the best in electronic music, hip-hop, electro, house, dubstep, techno and drum & bass.

Priority Records continues its 25th anniversary celebration with the July 13 release of a new CD and digital compilation showcasing the legendary gangsta rap label’s most influential artists and recordings. Snoop Dogg, Priority’s Creative Chairman, has selected tracks and written new liner notes for Snoop Dogg Presents: My #1 Priority, including 17 classic tracks from the vault and a new recording by Snoop of Low Profile’s “Pay Ya Dues.”

The compilation features West Coast rap stars N.W.A., Eazy-E, Mack 10 and Ice Cube along with lesser-known artists like Mia X and Young Bleed. Yahoo! Music will host an exclusive streaming of the set from July 6 through 12. Snoop’s next project will be the overseeing of the U.S.D.A. (“Uncut Snoop Dogg Approved”) reissue series coming in mid-July with titles including C-Murder’s Trapped in Crime and TRU’s Da Crime Family.

Jazz pianist Jason Moran has just released a new album on Blue Note called Ten. The album title is a celebration of the fact that Moran’s trio, Bandwagon, has been together for a decade now. Indaba Music, a leading online destination for music creation, has announced the launch of a remix contest for one of Ten’s tracks, “RFK in the Land of Apartheid.”

Contestants will have until the middle of July to submit their mix, and winners will get prizes that include Moran’s complete discography, autographed sheet music, copies of Ten and a yearlong platinum membership to Indaba. Contest details are available at indabamusic.com. Moran’s next L.A. appearance will be at the Zipper Theater Sept. 25.

The Gulf Aid All-Stars (Lenny Kravitz, Tim Robbins, Mos Def, Trombone Shorty, the Preservation Hall Band) have released a single called “Ain’t My Fault” that’s available at iTunes for .99 cents. All proceeds go to the Gulf Relief Foundation. Pomona’s Bonded by Blood have a new one called Exiled to Earth dropping Aug. 10, and they’ve also landed a spot on the March of Brutality Tour with Exodus. The guys won’t be back home until December when they have a gig at the Whisky. 100 Monkeys, the band featuring Twilight vampire Jackson Rathbone, has released a new single called “KOLPIX.” The band appears at Saint Rock in Hermosa Beach July 20. Polyvinyl Records is taking pre-orders for limited edition vinyl pressings of Japandroid’s “Younger Us” single, an Of Montreal 12-inch called The Past is a Grotesque Animal and the Matt Pond PA album The Dark Leaves. All pieces are on colored vinyl and ship July 16.