Emily Giffin: At the Heart of the Matter 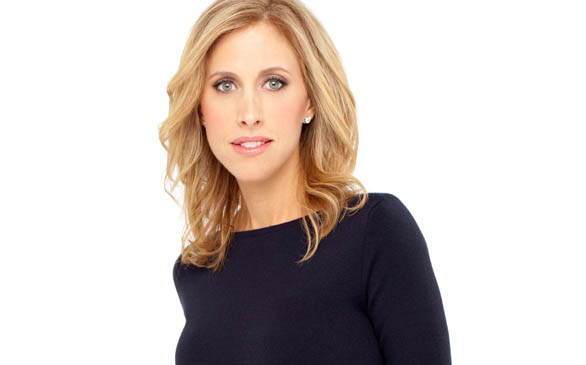 Emily Giffin’s newest book, Heart of the Matter, is here, and her first film based on her New York Times best-selling Something Borrowed will be arriving before we know it.

“This one was interesting because the title’s Heart of the Matter. And I wasn’t sure what the heart of the matter would be. But as I wrote this one, it became clear that the theme of the book was forgiveness,” says Giffin.

Giffin dedicated about 13 months to crafting her latest novel.

“When I sit down to write a book, I don’t necessarily think about what the theme will be,” says Giffin. “I think more about character and plot. The themes emerge as I write.”

Heart of the Matter tells the story of two women who have seemingly nothing in common. One unforgettable night, tragedy decides to unite these two mothers.

While all of her stories focus on the complexity of relationships, Heart of the Matter brings something new to Giffin’s tales. The presence of the relationship with a child allows Giffin to share a fresh sense of vulnerability with readers.

“I just want readers to have a greater sense of empathy,” says Giffin. “Most of us are good people and we don’t ever set out to hurt one another, but we’re all capable of mistakes.”

With readers’ anticipation for her newest book also sprang an eagerness for the upcoming film Something Borrowed.

“I think readers will not be disappointed,” says Giffin.

Although there are a few departures, she believes the script stays as true to the book as possible.

“There were a few logistical things that had to happen. There were no unnecessary changes that were made just to make changes.”

Many are criticizing the most blatant physical changes so far. In the novel, Darcy has dark brown hair while Hudson is proudly sporting her golden locks for the film.

Giffin says, “She so captures the essence of Darcy that I think within minutes, within the first scene, everyone will be [converted].”

In the beginning phases of writing and later casting, Giffin admits she was hesitant about a few of the decisions herself. She became unsure a few times, but trusted the moviemakers, the producer and the director, who were the ones with the most creative input.

“I knew they would get it right, and they were right. I’m very pleased now,” she shares.

Despite thousands of fans pleading for her books to be turned into films, Giffin didn’t necessarily expect it could actually ever happen.

“It’s such a long shot for anything to be made, if you think about how many movies in this genre that come out a year. The nature of Something Borrowed doesn’t really translate into a chick flick, because the character is doing this very unempathetic thing,” tells Giffin. “Usually there’s a very clear protagonist and a clear heroine. This is sort of complex. It really took a brave filmmaker to say, ‘OK, we’re going to make this into a dramedy and it’s not going to be typical rom-com. It’s going to be a bit more layered,.’”

Although it’s overpoweringly common for books to be turned into films, Giffin knew transforming Something Borrowed would be complicated.

Speaking of Rachel’s character, Giffin shares, “In the book you get her internal dialogue and internal monologue.”

Without adding voice-overs, “You have to make her journey sympathetic in other ways, which is a challenge. The script accomplishes that beautifully.”

Giffin is thrilled with the outcome of the film so far and loves the people she’s working with on the film.

“It really feels like a family in many ways,” says Giffin.

When fans find a favorite author, they can’t get enough. Luckily, Giffin has yet to disappoint.

Heart of the Matter is currently available. For more information, visit emilygiffin.com.