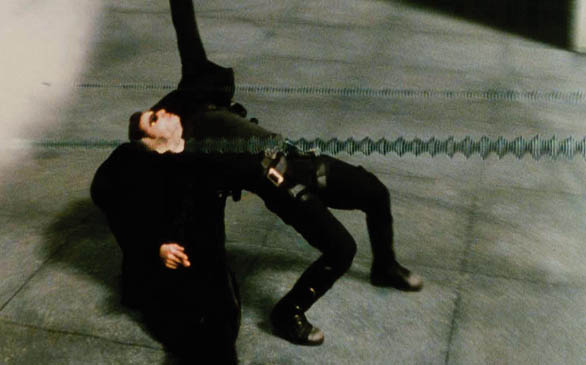 I’m doing something I’ve never done before. I’ve put together the closest I’m going to come to having a “top 10 favorite films of all time” list. Now before I get into the list, please realize that it’s totally, utterly and completely impossible for someone like me to narrow my favorite films down to 10, or 20 for that matter. I have so many favorite films and so many different types of favorite films and filmmakers that even attempting to put together a list of this kind is literally equivalent to dousing myself with gasoline and setting myself ablaze.

Nevertheless, I thought it would be fun to attempt to put the list together, so what I did was create a list that played to the elements that exemplify my favorite kinds of characters and storytelling. What follows is a list that represents the films that really got under my skin and gave me that ooey gooey warm feeling that really great films give you. Casablanca and Citizen Kane are two of my favorite films, but ultimately they’re not on this particular list because, at the end of the day, the nature of those stories and characters don’t play to my favorite kind of storytelling.

The films on this list are my favorites because of the nature of whom the characters are and the structuring of the narrative. In no way is this a list that I would put out there as “best of all time,” but when forced to narrow down all my favorite films to 10 in this month of this year, this is what came out. This list is presented in alphabetical order.

Apocalypse Now: Francis Ford Coppola’s Vietnam epic starring Martin Sheen and Marlon Brando is a classic no matter which way you look at it. Adapted from the book Heart of Darkness by Joseph Conrad and reconfigured to be set during the Vietnam War, Coppola created a film that comes off more as film literature than just a mere movie.

Casino: This is a dangerous film. I call it dangerous because it’s one of those films that, if it comes on TV and you put it on for a few minutes, it is very hard to turn away from. This film is a certified masterpiece, and it represents the culmination of Martin Scorsese’s incredible storytelling ability.

City of God: This film is a cinematic orgasm. Every aspect of it is perfection. The story, acting, directing and cinematography are brilliant genius. But what stands out the most is its story structure. The film jumps around from character to character, and they intersect and cross paths, eventually weaving all together. This film reminds you that most of the best films in the world come from outside the United States.

The Dark Knight: This is the greatest comic-book film of all time and the third best sequel of all time (after The Godfather Part II and The Empire Strikes Back). Comic-book adaptations were never the same after Christopher Nolan injected his style of realism into it.

Fight Club: If Se7en didn’t nail home the reality that David Fincher would be one of the best directors out there, this film did. Expertly crafted and carrying one of the best third-act twists up to that point in time, Fight Club is a film nobody should dare criticize and show their face around my city.

The Godfather Part II: Do I need to say anything? No, I don’t. If you haven’t seen this film, you’re a dickhead.

The Good, The Bad and The Ugly: When it comes to Westerns, Sergio Leone is the man. His Westerns are not only the best Spaghetti Westerns, but in my opinion they kick the crap out of every other Western.

Kill Bill: Although divided into two volumes, Kill Bill is ultimately one four-hour film. If there’s one thing Quentin Tarantino is a genius at, it’s incorporating many of his various influences into one film. I love kung fu movies; I love samurai movies; I love Spaghetti Westerns, and I love Tarantino. Put them all together, and you’ve got a recipe for awesome.

The Matrix: This is another film that synthesized a lot of different genres into one film and revolutionized special effects. Never before had martial arts and science fiction been married together so perfectly before this. Not only did this film give us bullet time, it gave us a really intelligent action flick.

Memento: This film took the idea of narrative structure and flipped it completely on its head. When I heard that this film was told from end to beginning, I was all for it. After I saw it, I was blown away at the sheer perfection with which Christopher Nolan achieved telling a story in reverse.