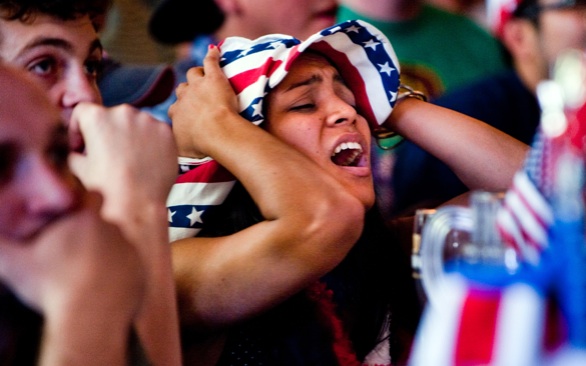 The World Cup has presented and displayed numerous highlights in its round of 16 play. Unfortunately, Team USA did not fix what they needed to improve, as they surrendered an early goal en route to their 2-1 defeat against Ghana June 26. Ghana scored in the first 10 minutes, and striker Landon Donovan leveled the match with a penalty kick score in the second half.

A 1-1 draw at the end of regulation led to the tournament’s first overtime game. Ghana once again nailed an early goal for the eventual win.

The United States has young talent and a great group of core players. Look for them to return to World Cup action in 2014 in Brazil.

After having defeated South Korea by a score of 2-1 on the same day, the South American nation of Uruguay faces Ghana on Friday, July 2.

A pummeling of teams occurred on Sunday, June 27, as Argentina destroyed Mexico 3-1 and Germany conquered England 4-1. Argentina and Germany face each other Saturday, July 3, in the quarterfinals.

Argentina’s victory over Mexico marks the second time in consecutive World Cup tourneys that they eliminate the Mexicans from contention.