How to Establish and Repair Credit 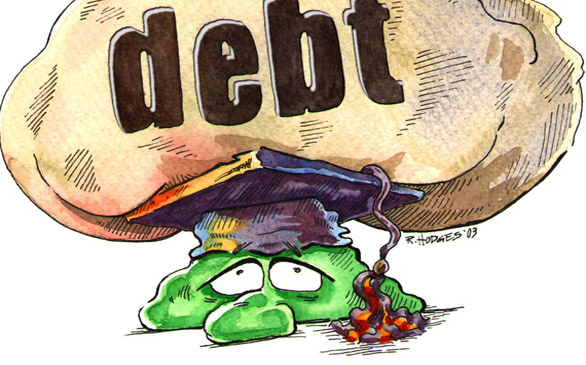 Squeezing out from under debut is hard, but very worth it.
(Credit: Richard Hodges/Columbus Ledger-Enquirer/KRT)

One of the greatest swift kicks to the you-know-what is getting out in the real world realizing that it’s not your smarts or cool clothes that determine your worth; it’s your FICO score. There are many college-age men and women who have no established credit, and therefore, find it extremely difficult to buy a car or rent an apartment.

There’s also the other end of the spectrum: In 2010, it was reported that the average credit card debt per household was $15,519. Some succumb to the excesses of consumerism, which lead them down the road to financial ruin. For others, circumstances such as medical issues and lack of competitive salary are to blame. Regardless of the cause, there are definite ways to build and restore a negative score.

Secured credit cards are a first stop on the road to establishing credit. These are cards with a MasterCard or Visa logo that require the owner to contribute his or her own balance to the card. After depositing a payment, the cardholder can then make purchases up to the amount of the balance (less annual percentage rate and/or fees).

The rules for establishing and rebuilding credit with these cards are the same: After setting up a balance, make a couple of purchases. Once the first billing statement is received, make timely payments until the debt on the card is settled. It’s in your credit score’s best interest that you pay on time and that you do not pay the balance off all at once. Cardholders need to prove to the creditor that they can assume and settle debt over an extended period of time.

Diversifying credit is also imperative. Scores soar when a credit holder’s report shows a number of different types of credit lines. Having an auto loan and making payments on time, along with one to two credit cards (also paid on time) can result in a healthy score. However, missing payments can drop scores as much as 50 points and higher (depending on lines of open credit), so it’s important to stay on top of responsibilities.

On the flipside of the coin, if you’ve established credit but have been delinquent with its upkeep, not all is lost. Since the financial slump of 2008, many Americans have sought and found clever ways to reverse their past money mistakes.

There is one organization leading the charge, and that’s Lexington Law. This firm works by looking at your credit reports from the three major agencies and using every legal method available to have negative items removed from your credit report, resulting in an increase in your score.

Most cases can be resolved in a satisfactory manner within the span of a year (dependent upon client’s level of debt and type of negative material reported). What’s even better is that Lexington Law charges a reasonable fee for the work they do: The setup is approximately $100, with an additional $60 per month until the credit score has been elevated. The same results can also be garnered by working with the three major credit agencies (Experian, Equifax and TransUnion) to have negative material removed from reports.

Another popular method of credit restoration is debt consolidation. This process of combining one’s debt and creating an averaged monthly payment may seem like the perfect solution to eradicating the stress of financial repayment, but it often comes with a catch.

Most companies claiming that they can lower payments don’t actually make good on the promise. First, a potential client must have a certain amount of fixed debt to even qualify for consolidation. Debt consolidation can also prohibit new lines of credit from being opened while old debts are being repaid. A negative mark on a credit report can also result when debt consolidation companies attempt to settle debts (at a lower amount than is owed) on your behalf.

Bankruptcy is always an option, but can remain on a credit report for 10 years. This process of erasing debt can also completely tank a credit score, making it next to impossible to be eligible for future credit offers. For information on this option, attorney Jennifer Aragon (jenniferaragon.com) is a trusted voice. She also offers free consultations.