The Crazies and More 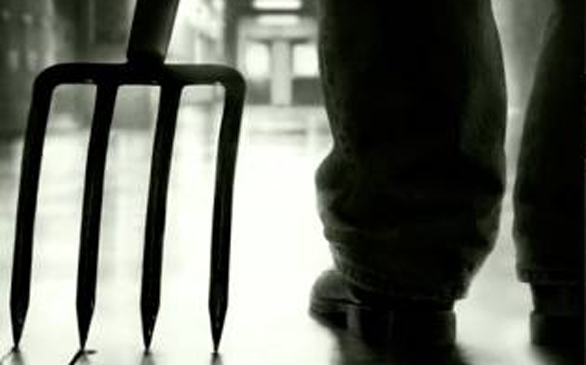 The Majors: A virus sweeps through a small town, turning its citizens into violent psychopaths in The Crazies, a remake of the George Romero classic. Timothy Olyphant and Radha Mitchell star as a small-town sheriff and his pregnant wife, the only two left uninfected. When the military closes off the town, the couple is left to fend for themselves.

John Cusack, Rob Corddry (“The Daily Show”) and Craig Robinson (“The Office”) star as three middle-age friends who unwittingly travel back to the ’80s in the so-stupid-it’s-funny Hot Tub Time Machine. Crispin Glover and Chevy Chase show up in small parts.

A modern-day teen discovers he is the descendant of Greek gods in Percy Jackson & The Olympians: The Lightning Thief.

The Idiotbox: Kyra Sedgwick and the ubiquitous J.K. Simmons star in The Closer: The Complete Fifth Season. Sedgwick is the tough-as-nails LAPD deputy police chief who can break any perp. It is her teenage niece who is the challenge.

A roguish professional cricketer dons disguises to rob from the rich in Raffles: The Complete Collection. This jaunty period crime series, based on the popular novels, premiered in 1975. The new collection contains the previously unavailable pilot episode.

Get the stories behind some of the Earth’s most awe-inspiring sights, from the Grand Canyon to Mount St. Helens and the Ring of Fire in How the Earth Was Made: The Complete Season Two. Stunning CG animation accompanies geologists on location to explain these natural wonders.

Real Chicago cops put their investigative techniques to use moonlighting as paranormal investigators in Paranormal Cops: The Complete Season One.

Colin Ferguson stars as the reluctant sheriff of a very peculiar town in Eureka: Season 3.5. Eureka is a town where the government sends genius inventors to live in seclusion as they work on cutting-edge gadgets.

Under the Radar: Creation uses Charles Darwin’s marriage to a religious woman to dramatize the ongoing culture wars. Paul Bettany plays the father of evolution, while Jennifer Connelly is his wife.

Stranger Than Fiction: You couldn’t ask for a timelier documentary than Fuel. Josh Tickell spent 11 years making this exposé of America’s addiction to oil. The galvanizing film includes appearances by Richard Branson, Woody Harrelson, Willie Nelson and others. The DVD contains tips on how to live greener.

The eight-part BBC series Oceans takes viewers to vast and seldom seen locations beneath the ocean. Specialists, including Jacques Cousteau’s grandson, travel below the frozen Arctic to the Caribbean’s mysterious black holes and into deep underwater caves.

Rem Koolhaas: A Kind of Architect gives an in-depth profile of the visionary Dutch architect. Best known for such designs as the Seattle library and the Dutch embassy in Berlin, Koolhaas is one of the few architects to become a household name outside the architecture community.

Also available: the Depression-era doc Soul of a People; The Children’s War: Life in Northern Uganda; It Came From Kuchar, a profile of underground filmmakers the Kuchar brothers

Blu Notes: Now a camp classic, Showgirls (15th Anniversary Sinsational Edition) comes to Blu-ray. The dream team of sleaze Paul Verhoeven and Joe Eszterhas teamed to bring to the screen this tale of a starry-eyed girl (Elizabeth Berkley) who sets out to become Vegas’ best dancer. David Schmader, devotee and midnight screening host, provides a commentary track. The strippers of Scores give tips on lap dances.