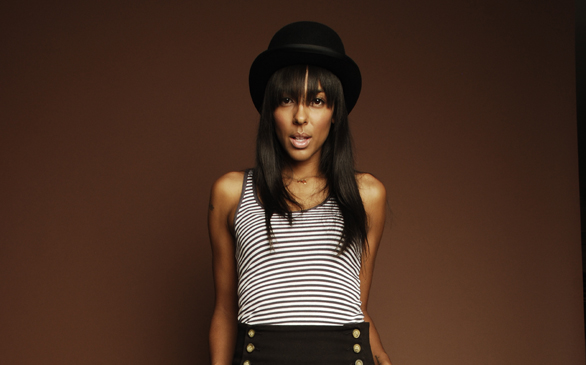 Marsha Thomason is an actress you may not have heard of, but will certainly recognize. The British beauty has starred in a variety of films and television shows, working with James Franco in “General Hospital,” Eddie Griffin in My Baby’s Daddy, James Caan in NBC’s “Las Vegas” and she can also be seen in several episodes of the hit television show “Lost.”

Despite being one of the most stunning and talented young women in Hollywood, Thomason lacks the name recognition of less accomplished peers. But for the actress who studied theater at the Oldham Theatre Workshop in the U.K., the fact that she has eluded fame is no big deal.

“At the level I am,” she says, “people know who I am, but they are not necessarily intrigued by my personal life, so luckily, I am able to do what I do and go about my business. There are actors who are very successful and open box offices, and the press is interested in them, but because they don’t give them anything, they can go about their lives. This is all I ever wanted to do, and if I’m put in a position where I am opening movies, which will create an intrigue into more of my life, then I just have to deal with it and suck it up for it’s what I asked for. People are very gracious for the most part. They tell me they appreciate my work, and I am pretty much able to get about with it.”

Guarded about her private life and fiercely protective about her film choices, Thomason was first introduced to U.S. audiences when she starred opposite Martin Lawrence in the movie Black Knight.

“I’d been working in England for a long time and came to the States by invitation. I was cast out of England for that movie [Knight]. It was a big budget movie and was my first American movie, and I had never done anything like that before. I shot the movie in North Carolina on a stage next door to the ‘Dawson’s Creek’ soundstage, and a few of the actors there took me under their wing and showed me around, so it was a really wonderful experience.”

The success of the movie ensured more roles for the actress who has been honing her acting chops professionally since she was 14 years old.

“When I started doing it, I didn’t think of anything else other than acting,” she says. “There were a lot of people around me from theater workshops who were succeeding in theater and film, and I just couldn’t think of anything I wanted to do more as I really enjoy performing and acting was a burning desire.”

“I play this ball-breaking agent who doesn’t take any shit. She’s really great at her job, and each week there’s a different crime which I help solve,” says the actress, who hails from Manchester, England. “I just really like the script. It’s got heart. It’s funny and intelligent and is not your average procedural series for there is a bit more to it. It just arrived in England, and everybody there thinks it’s really good. My family is really enjoying it.”

For her part as a junior agent, Thomason, who initially perfected an American accent for her role opposite Eddie Murphy in Haunted Mansion, had very little physical and mental preparation for the role.

“It all turned around very quickly so I didn’t have time to prepare. The other day I had to shoot a gun and I felt like Angelina Jolie, so I guess my preparation has been watching other movies,” jokes the actress. “I want to be able to play all kinds of roles and previously worked with Jessica Drake, the dialect coach, which was fantastic as I was able to keep the tools that she gave me on that job and use them from that point on.”