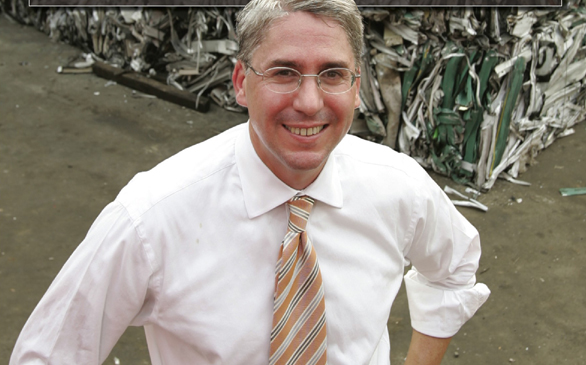 You’ve graduated. Yay! You have a bachelor’s degree in hand. What’s next? You job search. After hours, days, months … nada.

Maybe you attain an interview or two, and during the interviews maybe just one out of the two feels right. But then you are told, “OK, thanks. We’ll call you.” Days go by, and there is no call back. The pressure begins to escalate, and your dreams, goals and life begin to look more like a haze than the clear, perfect picture it once was.

You’re officially unemployed. Boo! But you can turn those unfortunate events around and score yourself an adventure that might lead to economic boons. Basically, become an entrepreneur and make your own success story. It’s happened before, to the man behind the book Starting From Scrap: An Entrepreneurial Success Story: Stephen H. Greer.

“At the age of 24, I was very depressed,” says Greer. “I was very frustrated, because I couldn’t find a job that I wanted. I was a very ambitious young guy and self-confident that I was very capable [of getting a job], but because of a big recession in 1993, I couldn’t get the job I wanted.”

Since there were no opportunities in the States, Greer decided to pack up his things, purchased a one-way plane ticket and head out to Asia, thrilled to embark on a mission that he had yet to discover.

“That’s what made me get excited about the possibilities of going to Asia because I was reading all about the economic growth, and also I think that going on an adventure was something that would allow me to get excited about life. That was a big motivator for me to go.”

He knew a friend of a friend who lived in Asia and who filled him in on what was going on over there. He told him, “Look, you’ve got to get over here. There are a ton of opportunities, but you’ve got to be here to take advantage of them.” Greer agreed. He slept on his friend’s couch for a week and never came back to the United States.

Asked whether he had difficulty getting around in Asia due to the language barrier, Greer laughs and responds, “No, I still don’t speak Chinese very well. I’m also a believer that language shouldn’t be a barrier to going someplace, though, of course, it throws up its challenges.”

Although he didn’t speak the languages, Greer did business in almost all the countries in the world. He says that language should not hold a person back when it comes to moving into a country, getting involved and setting up your own business.

Greer started his business in his own room in an apartment he shared with two other people. The genesis was that he was looking to trade anything and everything. He looked at Christmas tree ornaments and clay pots before he stumbled across scrap metal, a commodity that was in high demand. By jumping on this opportunity, he did some research, went back to the United States and started up his own company, which like any other company went through ups (a million dollar company) and downs (hitting almost bankruptcy).

“You know what they say,” Greer adds, “what doesn’t kill you makes you stronger. That was exactly the case. We ended up coming out of that difficult, crucible time.”

What’s interesting about Greer and his book is really the adventure, how he overcame adversity, rejection and the recession in America. His adventure to Asia led him to explore different cultures and learn about the world. Greer emphasizes that his book is not a how-to business book, but rather a romantic adventure story with many business messages.

Greer has toured many business schools giving advice to students. He says that in order to be a successful entrepreneur you need to have the passion and the will to give it your hard work and determination.

Starting From Scrap: An Entrepreneurial Success Story is currently available.

Special Features
6 ways to cut back at work and be instantly happier
4,341 views

Special Features
Ticket costs for theme parks climb more than for other forms of entertainment
2,419 views

Special Features
Ringling Bros. and Barnum & Bailey to Debut Out Of This World Circus Experience
6,204 views