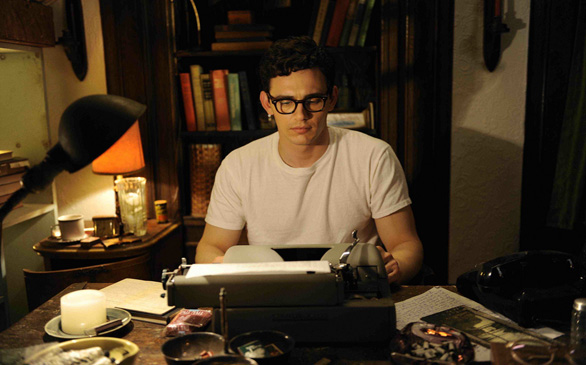 If there is one thing that “Glee,” the Fox show with one season down and umpteen more to inevitably follow, has taught American audiences, it’s that being a geek will never be as cool as being a Gleek. Let’s face it. If you’re the prettiest cheerleader at school and you get pregnant, there is no way you’re getting out of it. In the real world, you’ll be shamed and probably friendless. Boys in wheel chairs don’t date stuttering Asian girls who like Gothic makeup and clothes. The black diva wouldn’t choose to sing alongside the prissy know-it-all with perfect hair and voice.

I hate to burst your bubble, but this is fiction writing at its best, which doesn’t make the show any worse. It just makes our expectations for what high school should be like that more unrealistic. Obviously, we watch “Glee” because it’s a good time with interesting characters who take our minds off of the work we have to do. The songs are catchy, the lead male is sexy and there is a character with whom everyone can identify.

Whoever is your favorite, you can’t deny that Sue Sylvester really keeps the show alive. With her hair comments to Schuester and blatant lack of consideration, she is a driving force of snarky, quick and judgment-driven humor. In real life, actress Jane Lynch is hardly a Sue Sylvester (It is harder than it looks to be that snarky.), and her contribution to the world of film and television will be recognized with this year’s Outfest Achievement Award. Fellow “Glee” cast member Chris Colfer and director Paris Barclay will present the award to Lynch prior to the Opening Night Gala screening.

For those of you who don’t know, Outfest is the oldest continuous film festival in Southern California. Since its founding in 1982, Outfest has presented more than 4,500 films and videos for audiences of over half a million people. Outfest is the Los Angeles-based nonprofit organization dedicated to nurturing, showcasing and protecting lesbian, gay, bisexual and transgender (LGBT) images. The oldest film festival in the city will be held July 8 through 18.

The 28th annual Los Angeles Gay and Lesbian Film Festival features 147 films, including 60 features and 87 shorts from 23 countries. The fest has over a dozen panels and special events across Los Angeles. The impressive lineup of films is a testament to the stronghold that this festival has had on the community for the past 28 years.

Howl is the Opening Night Gala screening and the first narrative feature from veteran documentarians Rob Epstein and Jeffrey Friedman. Starring James Franco, Jon Hamm and David Strathairn, the film is a portrayal of the historical court case against the poem of Allen Ginsberg and the power of “Howl.” A story of art and acceptance, it also documents Ginsberg’s relationship with fellow writers Jack Kerouac, Neal Cassady and Peter Orlovsky, who ultimately define American counterculture.

The Closing Night Gala features Spork from writer-director J.B. Ghuman. The film is a representation of high school for all those who wore glasses and had frizzy hair and didn’t fit neatly into any particular group on campus. You know the female lead Spork (Savannah Stehlin) has it hard as a self-described hermaphrodite trying to co-exist alongside the Quinn Fabrays of high school worlds.

Other films to keep an eye out for include The Owls, which is the festival’s U.S. Dramatic Centerpiece directed by Cheryl Dunye. The Owls is merely an acronym for Older Wiser Lesbians, and the film is a skin-peeling look at the generational gap within the lesbian community. Undertow is the International Dramatic Centerpiece and the feature debut from Javier Fuentes-León, an Outfest Screenwriting Lab fellow. It won the World Cinema Audience Award at the Sundance Film Festival this year for the film’s risque portrayal of love denied in a small Peruvian fishing town.

The taboo surrounding gay and lesbian issues is slowly being chipped away by the aggressive and progressive attempts by the LGBT community, and Outfest is one such event that marks that change has crept upon us. In reality, “Glee” has arrived really late to the game.