Breaking Down the Remake 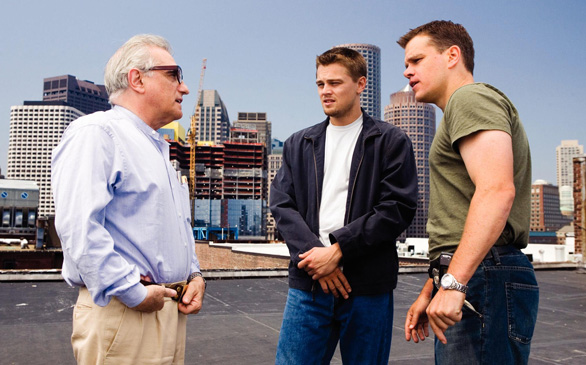 Most would have you believe I’m not fond of remakes, but nothing could be further from the truth. I’m actually very fond of the prospect of remakes because there are so many exciting possibilities to create good cinema. If a remake is being done simply to capitalize on an original idea, then it’s more like adapting another movie in the way you would adapt a book. Today I’m going to be talking about the kinds of remakes that I believe make great movies.

There are three kinds of remakes: There’s the regular remake, the “shot-for-shot” remake and then there’s the “spin” remake. A regular remake is when you take a pre-existing film and rewrite it and redo it, so while it’s pretty much the same movie, it can be its own thing. Some examples of remakes like this that I personally thought were pretty damn good were 3:10 to Yuma, The Birdcage, Cape Fear, Dawn of the Dead, The Departed and The Fly, to name a few.

In a regular remake the story, setting and characters are kept relatively the same, but the script will probably be tweaked and adjusted to match the sensibilities of the filmmakers. Even though most is kept the same, big aspects of the story like the order of events, the relationships between the characters or even the ending might be altered, further developed or changed. Making a film is a big and often complicated process, and sometimes the quality of a film can suffer from any number of things that come up. The prospect of remaking a film can be exciting to improve or fix aspects of the film that weren’t done as best as possible the first time around.

A “shot-for-shot” remake is when the filmmakers make a near identical version to the original – same dialogue, same shots, same movie, only updated. A couple examples of this are Gus Van Sant’s remake of Alfred Hitchcock’s Psycho and Michael Haneke’s English-language remake of his own film Funny Games. Psycho is one of the most classic films of all time, but unfortunately, would probably be lost on young people today who might find the film to be outdated, even though most of the films they’re used to today were influenced by it. Doing a “shot-for-shot” remake of a film is an interesting concept because it offers the opportunity to update a film to the technology of the day so as to keep it relevant for younger generations. There are certain films that are so brilliant and so classic, that doing a regular remake of it would be unnecessary, but doing a “shot-for-shot” remake would not only reintroduce the material to younger audiences, it would pay respect to the execution of the original. In the case of Haneke, his original Funny Games was a foreign-language film, but he remade it shot-for-shot in English for American audiences.

The third kind of remake is what I like to refer to as the “spin” remake, which is where you take a film and remake it like a regular remake except you drastically change the setting, which in essence makes it a different film. Sergio Leone’s A Fistful of Dollars and John Sturges’ The Magnificent Seven are both remakes of Akira Kurosawa’s Yojimbo and Seven Samurai, except the American West is substituted for feudal Japan. Another great example of a spin is Baz Luhrmann’s Romeo + Juliet, which is a great spin on the original story by setting it in a modern city and subbing guns for swords.

In closing, the choice to remake a film really comes down to whether or not you want to do it in order to keep great classic stories updated and relevant in the cultural zeitgeist, or whether you’re unwilling to take a chance on new material. Hopefully, it’s the former.