A Small Act: Paying It Forward in Kenya 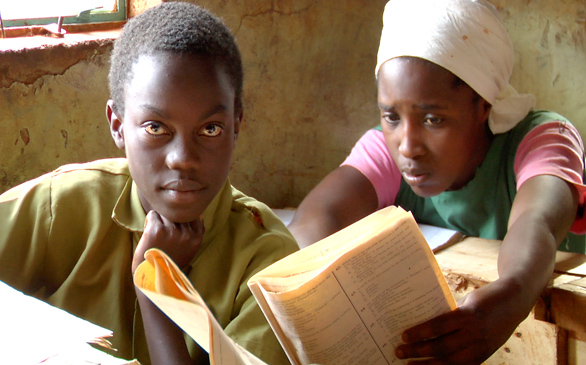 Three decades ago, a German Holocaust survivor helped other persecuted people by donating money. The few dollars she spent every week through a Swedish charity organization was matched with Chris Mburu, a Kenyan youth who, like so many of his fellow school-age countrymen, would not be able to afford to go to high school without the donation. Though in Kenya it costs less than $10 a week to attend secondary school, most families only earn $1.50 a day picking coffee.

Because of Hilde Back, his contributor, Mburu eventually went to college and attended Harvard Law School. So touched by the small generosity of strangers, Mburu started a fund named after the pre-school teacher who gave what extra she had to help those even less fortunate than herself.

A Small Act is about the domino effect that generosity has throughout the world. More interestingly and less cliché, the documentary is also a surprising portrait of Kenyan life, particularly the tedium of the village culture and the flaws of the school system, which is not a viable means of educating African children who cannot afford to move past elementary school.

Director Jennifer Arnold privies her audience to the lives of three children – Kimani, Ruth and Caroline – who are preparing to take the nationwide achievement test that the charity foundation uses to determine the scholarship winners. Their fate literally rests on one number: their score.

Kimani is the top of his class, though closely followed by the other two. Ruth misses many days of school to help her family in the fields, hence hindering her education. Caroline is homeless and struggles for oil to read at night.

It is a slow film that could use another editing session or another look at where it wants to go, but that, ultimately, shoots straight at the heart of humanity. The audience is taken on a heartbreaking, insightful, expository journey of failure by the system but success with a little help from strangers.