The Nature of Existence 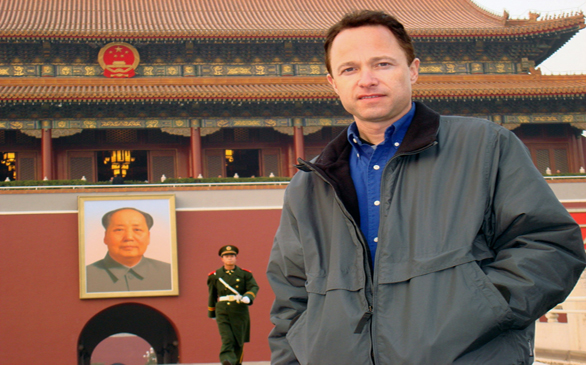 Director Roger Nygard at the entrance to the Forbidden City

What is the meaning of life? In his latest documentary, The Nature of Existence, filmmaker Roger Nygard looks to answer the tough, existential questions that plague everyday life.

Does he succeed? While it is most certainly respectable for one to undergo such an intense and grand project as this documentary, Roger Nygard is no Michael Moore. Nygard makes the mistake of including himself as a kind of character in the documentary, which is an unfortunate mistake given that his charisma on screen is roughly on par with watching a high school AP test from an outside window.

The man is clearly intelligent and ambitious, but as a narrator and main character he is simply boring. And this is the main downfall of The Nature of Existence. It takes a stab at investigating many broad subjects such as religion, spirituality and the afterlife and turns it into a high school lecture, complete with all the embarrassingly bad jokes and empty-ended questions that you remember.

In comparison to films like Religulous and What the Bleep Do We Know!?, the production values are lacking. Needless to say, Nygard still felt it enough to spend the money to travel across the world and shoot b-roll of elephants in India and fried scorpions in China.

Nygard’s extremely nonbiased look at various religions and questions is a wonderfully refreshing merit to an otherwise lackluster documentary. He interviews everyone he can get his hands on; from Evangelical Christian pro wrestlers to Paganists to Hindu leaders. The information is interesting but, once again, it is presented in an extremely boring fashion.

With his film, Nygard has crafted his master thesis. Unfortunately for us, however, it’s a community college level piece that never has the attitude or energy to rise to really tackle the subject with gusto. Like that one professor who tried every day to get you involved and failed miserably, Nygard should spend some more time working on his delivery instead of the materials at hand.

The Nature of Existence releases in select theaters July 2.