Every Avenue: June 24 @ The Troubadour 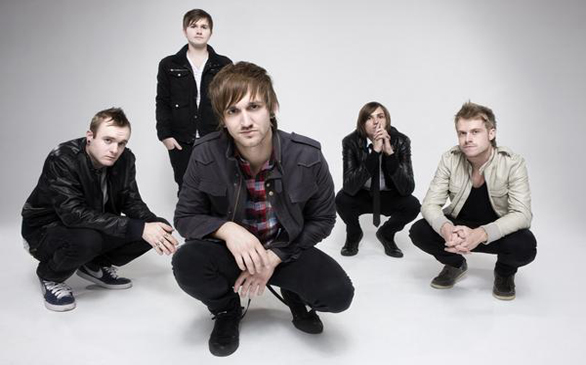 We all know there is a lot of bad pop within this whole pop-punk-whatever genre. That’s no secret. Like, really bad pop. So a big, commercially sponsored tour like this Motel 6 Tour is bound to be loaded with awful bands that 13-year-old girls will scream over like they’re at a ’90s boy band show, right?

Or, y’know, they might have actually picked some of the most legit bands to currently be playing this kind of music. Go figure.

There for Tomorrow started the night off with a headliner-worthy set, bringing the signature epicness they’ve come to be known for. Despite half the band being not even 21 years old yet, the foursome has a mastery of both performing and instrumentation that is far beyond their ages.

Up next was the Secret Handshake, and despite There for Tomorrow being a hard act for any to follow, mastermind Luis Dubuc managed to do the impossible during his set, in a few different ways. First, he managed to bridge the gap between Motown and Warped, outfitted with cardigans, backup singers and all. Moreover, he actually did it really well, capturing the classic sound without sounding gimmicky.

Sing it Loud followed and made for an energetic and visually dynamic set, though aurally felt more forgettable following the very distinctive performances by There for Tomorrow and Secret Handshake.

Headliner Every Avenue brought a more mature brand of pop-punk with them, though one that didn’t sacrifice all the fun, either. Bantering back and forth throughout their set, the band showed enough personality to be likeable and relatable, though unlike some of their contemporaries, they also showed they have the musicianship to back up their bravado. Dynamic and visually engaging, the fivesome have mastered making music that’s OK to like if you’re already well past your teenage years.

Though the times when one finds themselves appreciative of Motel 6 are likely few and far between, this show served as a much-needed reminder that there are, contrary to popular belief, some very worthwhile bands coming up in this scene.