Dodgers Get Back to Winning Ways 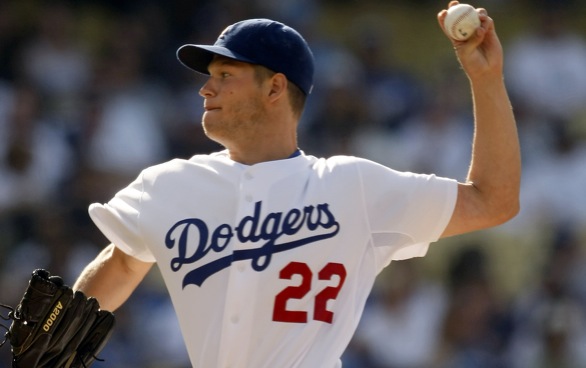 Clayton Kershaw is the most consistent pitcher for the Dodgers so far this season.
(Credit: Anne Cusack/Los Angeles Times/MCT)

After enduring an unpleasant weekend against the Yankees in late June, the Los Angeles Dodgers found their winning ways on their latest road trip. The Boys in Blue swept the San Francisco Giants before taking two-of-three from the Arizona Diamondbacks this past weekend. Now, the Dodgers are back home and entertaining a seven-game homestand against the Florida Marlins and the Chicago Cubs before All-Star week starts in Anaheim.

All-Star Notes: Thus far, only two Dodgers have been selected for this season’s All-Star activities. Right fielder Andre Ethier earned a starting gig; he owns a .324 batting average, 13 home runs and 49 RBI with 40 runs scored. Closer Jonathan Broxton makes his second consecutive appearance, as he has 17 saves and a 3-0 record with a 2.02 ERA. Broxton has pitched in 35.2 innings, while striking out 52 batters.

Manny Lands on the DL: Outfielder Manny Ramirez officially landed on the DL this past weekend, having suffered a hamstring injury in San Francisco as he slid to second base. Ramirez should only expect to visit the DL for a short period of time.

Kemp on the Rise: Ramirez’s injury perhaps has turned out to be the best thing for the Dodgers and slumping center fielder Matt Kemp. Joe Torre had benched the 25-year-old early last week because of his hitting struggles and poor defensive performance. However, since Ramirez aggravated his hamstring, Kemp has been on fire. He has gone 9-for-26 to go along with three homers, seven RBI and four runs scored.

Kershaw is the Ace: Thus far this season, left-handed starting pitcher Clayton Kershaw has been the most consistent thrower for Los Angeles. Kershaw, 22, is 8-4, has a 3.02 ERA in 104.1 innings pitched with 116 strikeouts in his 17 game appearances. In his latest start against the Diamondbacks on July 3, Kershaw went 5.2 innings, allowing just four hits and no runs as he struck out eight.