Storm: Taking Over the U.S. One Minute at a Time 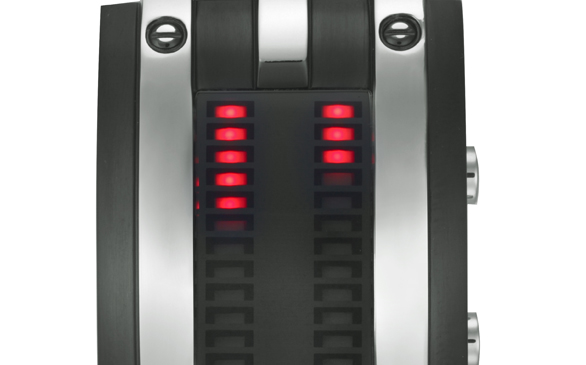 Watches are essential for the quintessential student, but oftentimes I find that most just don’t stand out from the pack. It’s hard to find a piece that’s classic but trendy, sturdy but not bulky. That’s exactly what STORM of London has managed to do, especially with their latest watch and jewelry line. Like the name implies, STORM hails from London, so that may be one reason you haven’t heard of them yet. But the brand is quickly gaining momentum with their avant-garde advertisements and promotions up and down California’s coast.

Creator Steve Sun and his wife began building their unique culture in 1989. Sun’s vision to create timepieces that were both innovative and affordable led him to shop his sketches to reputed manufacturers who sadly did not share his same vision. This pushed Sun to learn how to make his unusual sketches understandable by inventing new production methods. From there, STORM was on its way to making history. The company’s name appropriately comes from Sun’s turbulent plane ride en route to view the samples of his yet-to-be titled brand.

Fast forward to late 1989, STORM’s “vintage” watches were ahead of their time, pun intended, with pieces like the Mega Pyramid, a boxed shape watch with four dials, with the actual time-teller being a very futuristic small box. It’s exactly the style of watch you could see Kanye West sporting. Nineteen ninety-two brought the James Bond-styled Camera, a watch that literally opens and shuts like the name.

Today’s watches are truly unique, my favorite being the men’s line. There’s something about the futuristic tones that is very eye-catching. The Dual X has dual time on either side of the X’s. The popular MK 2 Circuit doesn’t even look like a watch, until you press the button and two LED lights stream down the face and stop on small numbers. It’s so cool you’ll find yourself checking the time frequently. Another watch of note, the Darth Lazer, which sounds exactly what it is: Darth’s helmet with three disc-hands. Like many of the watches, there’s an assortment of colors to help you stand out even more from the crowd.

For the ladies, STORM’s selection doesn’t hold back in their designs. For the classic minimalist who still likes a little color, try the square designed Coco. It features a glass-elevated face. My favorites are two that look like bracelets but are indeed timepieces. The slim Sienta resembles a charm bracelet in fun colors: pink, white, green and yellow. The other, a chunky luxurious style, is the Metrica. The stainless steel is meshed with black and gold, white and gold or black and silver.

If you like your watches more on the androgynous side, STORM has Unisex selections like the popular Pop watch. A basic yet elaborate timepiece, the Pop comes in six colors ranging from black to hot pink and doesn’t skimp on the versatility. The Remi, yet another design destined to become classic, has sold out within weeks, so be sure to check it out on the Web site as it often comes back in stock. The Timeless, with its mesh band and scratch-resistant mineral lens, is stainless steel and features Japanese movement.

Speaking of movement, STORM’s options range from Japanese, which is very reliable and accurate, to the coveted Swiss movement. All of the watches are nickel-safe and anti-allergenic produced, as well as water-resistant up to 50 meters (unless otherwise specified).

As 2000 approached, STORM debuted wallets, umbrellas and jewelry. These pieces are just as fashion forward as the next, from pendants and mini-twist bangles to men’s Boss Cuffs and 3-D cufflinks and pendants.

STORM is still expanding stateside (overseas is where you can buy wallets, umbrellas and clothing). Right now, the United States just has the watches and jewelry. But with trunk shows and events happening throughout July and August, it’s certain that America will be taken by STORM.

Beauty Beat
Shake things up with your makeup this pandemic season
1,368 views

Beauty Beat
The best self-care? 8 great ways to sink into a warm bath for a much-needed break
1,311 views

Beauty Beat
How to apply makeup in a masked world
1,446 views