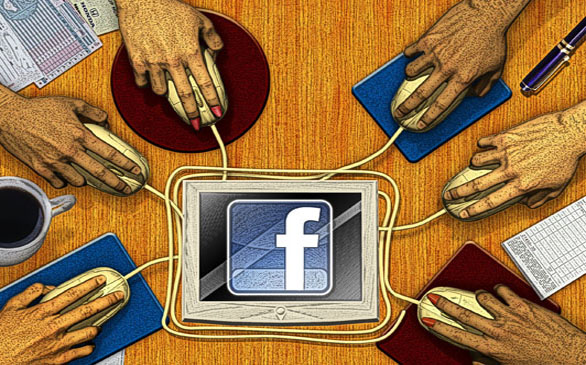 The world is as connected as ever, but there’s still disconnect.
(Credit: Rick Nease/Detroit Free Press 2010/KRT)

Apparently, scientists think this is our mindset, because according to a new study released in May and making headlines across the country, the educated college student of this generation scores the lowest range of empathy than generations of college students in the past.

Nothing to worry about? Maybe the cycle of older generations calling their children more lazy and selfish is common. The uptight Cold War grandparents probably said it of their LSD-loving hippie children of the ’60s. In turn, as your parents are constantly berating you that “in their day they were the poster child of respect and responsibility,” we in turn look down at our younger siblings in high school and probably think the same way.

The study, as reported in the Los Angeles Times using a meta-analysis of college students from 1979-2009, measured feelings of sympathy for others’ misfortune, imagining others’ points of view and identification of personal distress in real life and in books/movies and revealed a 48 percent decrease in feelings of empathy and 34 percent decrease in perspective taking.

It’s surprising to hear that college students nowadays just don’t care. But what really hurts is that this is my generation! What in the millennium happened? Doesn’t anyone care? Well, if the study tells us anything, no one probably does.

And it got me to thinking what is it that defines my generation. Let’s see, we experienced the aftermath of 9/11, the corruption of big business and the inevitable recession. There’s also the popularity of the Internet and smart phones and Apple products. MTV and VH1 stopped playing music videos and replaced them with all sorts of reality shows including “The Hills,” “My Super Sweet 16” and my favorite, those “Road Rules”/“Real World” challenges. Oh, and we can’t forget “Flavor of Love.”

All these shows taught us about competition; every man and woman for themselves; keep your eyes on the prize no matter what it takes. Those that were endlessly ruthless were the most interesting to watch. Remember miss loopypants “New York?” She eventually got her own series (It was terrible, but people still watched.). But somehow this makes sense that reality shows would in fact relate back something real in our own lives. We are constantly pushed to be the best and brightest, an individualism that stemmed from the “You can do anything, be anything” mantra.

This isn’t bad, but when I think about the times my community service and volunteering would be great on a job or grad school application, I can’t help but wonder whether I just did it to some way get ahead. I know for sure the community service I did in college was intrinsically rewarding because not only did I get to help people, but it also gave me a group of friends and a certain niche to belong to. This isn’t all bad, of course, but there was, I admit, some self-serving interest involved.

And what about the colossal emergence of Facebook, where we can collect friends like Pokémon cards. We can easily check on our friends’ statuses and lives without even really talking to them. Even though the world is as connected as ever, there’s still some disconnect since we let our technology deliver our messages for us without the need for face-to-face contact. Twitter too. We get to know the lives of different people around us and everything they do (like “I’m getting lunch”), all this mundane information keeps us from getting to know our friends in a deep and personal way. Communication is a one-way track. We don’t need each other, just our gadgets to feel “connected.” As much as there is no “i” in technology, somehow it has sneaked up into our popular subconscious with the iPhone, iPad, iPod and iHome.

Lastly, maybe we lack empathy because the world is just a fucked up place – the Iraq War, terrorism, the war in Afghanistan, global warming, Lindsay Lohan. Not only that, but look at our predecessors who ran BP and Enron. There’s just too much to worry about in the world and about our future that we just shut down.

In the end, maybe the scientists got it all mixed up. Really we do care and can identify with others’ feelings, but it’s our culture that’s teaching us not to.