Inception: Christopher Nolan explores the potential of the human mind. 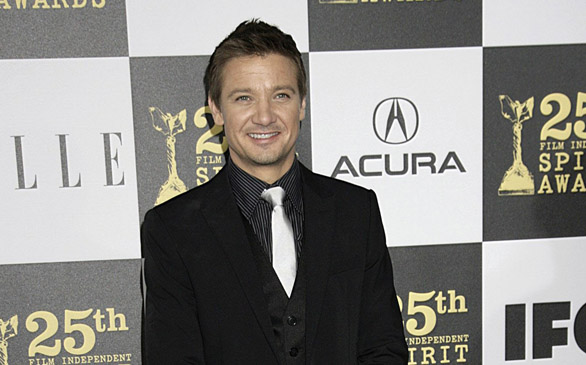 Before attending a screening of Inception, Christopher Nolan’s hotly anticipated new film, Warner Bros. issued explicit instructions to all attendees not to tweet, Facebook, blog or otherwise spread Internet word about the film. Usually when a studio issues that kind of edict, it’s because they realize they have a turkey on their hands and they don’t want any advanced negative word of mouth, but in the case of Inception, the veil of secrecy is actually a service to filmgoers. In the Google Age, most films are ruined before you step foot in the theater thanks to reviews that overshare, trailers that leave nothing for later and blogs focused on publishing every possible spoiler.

Whether out of respect or fear, Nolan has managed to pull off a coup. As Inception arrives in theaters, little is known about the film other than what the writer-director told the Los Angeles Times in January: The enigmatic thriller is about “corporate espionage by way of dream invasion.” Think of it as The Matrix meets James Bond with a side of Freud, starring Leonardo DiCaprio, Ken Watanabe, Ellen Page, Tom Hardy (in a star-making turn) and Joseph Gordon-Levitt.

At the press day for the film, whose grandeur and complicated logistics made The Dark Knight look like a cakewalk according to the auteur, Nolan bandies back questions about secrecy as a form of hype to promote his movie.

“It’s difficult to balance marketing a film with wanting to keep it fresh for the audience,” Nolan replies. “My most enjoyable experiences as a moviegoer have always been going to [see a movie] that I don’t know everything about. You want to be surprised and entertained by the movie. I think too much is given away in movie marketing.”

Without revealing too much (trust me, you want to be surprised) the film was partially sparked 10 years ago by Nolan’s fascination with dreams and their similarity to movies. His intrigue with the subject grew from childhood, and he was drawn to the idea of trying to portray an imaginary realm onscreen.

“I think for me the primary interest in dreams and making this film is the notion that your mind, while you’re asleep, can create an entire world that you’re also experiencing without realizing you’re doing it. I think that says a lot about the potential of the human mind.”

Nolan took the idea of dreamscapes and used that as a jumping off point to create a limitless “playground for action and adventure.”

DiCaprio, who admits he’s not a big dreamer, says he was drawn into the film for a number of reasons, but especially the chance to work with Nolan.

“This was an extremely ambitious concept that Chris was trying to pull off, and he accomplished it with flying colors,” DiCaprio offers. “There [are] very few directors in this industry that could pitch to the studio an existential, high-action, high-drama, surreal film and have the opportunity to do it, and that’s a testament to his previous work in [films like] Memento and The Dark Knight.”

Everything about Inception solidifies Nolan’s reputation as one of the best directors working in Hollywood today, and he will no doubt be doing major red carpet duty come awards season. One of the most stunning sequences in the film involves Gordon-Levitt in an extended fight sequence that calls to mind Fred Astaire’s anti-gravity dance in Royal Wedding, but about a hundred times cooler.

Asked about the logistics and training involved in shooting the scene, Nolan beams, “We had a stunt guy who looks exactly like Joe, made up perfectly – and he stood there on set every day for three weeks and didn’t do a thing. Joe insisted on doing everything himself, apart from one shot. He just did the most incredible job with these bizarre sorts of torture devices.”

“Thanks!” Gordon-Levitt replies. “It was just about the most fun I’ve ever had on a movie set. It was also probably the most pain I’ve ever been in. But, you know, pain in a good way, like in the way I guess an athlete must [feel]. They have to put on the pads and wrap their ankles and they get a little beat up during the day, but that’s just part of slamming yourself into walls and jumping around.”

Referring back to the ode to Astaire, the actor smiles and says, “It’s sort of like how ‘Sesame Street’ and Star Wars both use Jim Henson puppetry. It’s similar technique, but a very different effect.”