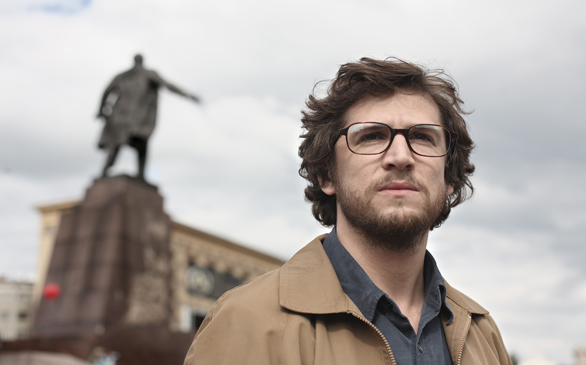 The specter of the Cold War may well be fading from the collective memory of Americans, but it serves to note that many of its stories have yet to see the light of day. Christian Carion’s political thriller Farewell tells one such tale, indeed the tale of one of the final chinks in the Iron Curtain that served to bring it down.

In Farewell, a reluctant hero, French engineer Pierre Froment (Guillaume Canet), is dragged into the world of espionage by his boss, who needs someone unlikely to rouse KGB suspicion to carry the secrets of KGB agent Sergei Gregoriev (Emir Kusturica), who tells all in hopes that the Soviet Union will collapse. Froment delivers alarming information on how deeply the KGB has penetrated the West to then French President François Mitterrand (Philippe Magnan), who in turn utilizes this information as a foundation for strengthening relations with a United States eager to purge Soviet spies in its midst and regain the upper hand against their communist foes.

Carion is expert at crafting suspense that gets under the skin of viewers, burrowing deep into the psyche. But what he offers here isn’t simply another spy movie; Carion explores the family dynamic and the effect that his lead characters’ risks have on their lives.

Froment’s wife Jessica (Alexandra Maria Lara) and their children are the unwitting victims of the exchange, having forbidden her husband from aiding the agents. Against her will, he secretly continues carrying out his orders as he develops a strong sense of duty to the cause. Ultimately, the life of this family is turned upside down by Froment’s risky commitment.

Meanwhile, Gregoriev’s family’s world is also torn asunder as his rocky relationship with his rebellious teenaged son and wife worsens due to his infidelity with a woman who assists him with gathering information to pass on to Froment.

Canet and Kusturica give remarkable performances, the tension between the two builds as the plot unravels and Froment realizes that he is in well over his head. Willem Dafoe is excellent as head of the CIA, and Fred Ward carries well the difficult role of Ronald Reagan.

The muted hues of the film lend well to the oppressive feeling of the times, while Carion’s apt pacing keeps the audience on the edge of their seat from beginning to end. This may very well be the political thriller of the year.