Kings of the Evening 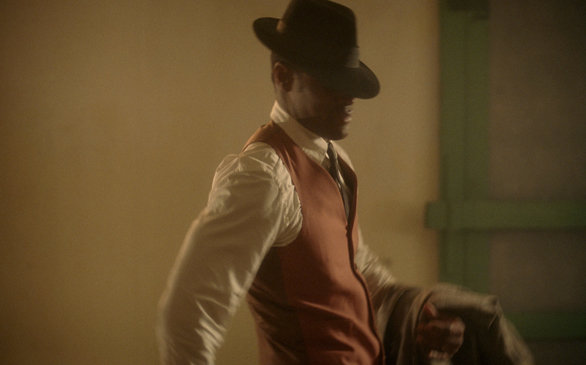 Tyson Beckford in Kings of the Evening
(Credit: Courtesy of Indican Pictures)

It’s December during the Great Depression when Homer Hobbs (Tyson Beckford) is released from jail after serving a two-year stint for stealing to feed his family. After unsuccessfully trying to track down his mother, he ends up at a local boarding house run by a widow named Gracie (Lynn Whitfield), where he befriends the other tenants, striking up a poignant relationship with Clarence (Glynn Turman), an enigmatic alcoholic. Together, the two men compete to perform in a weekly contest to be crowned “King of the Evening” within the town’s black community.

Kings of the Evening illuminates the lives of four strangers at a boarding house who find hope, dignity and a chance at a new life. Soundly made by a cast that includes Linara Washington (“ER”) who plays a seamstress with a sordid past struggling to keep a low-paid factory job, it’s a great period piece with good direction and cinematography.

It’s not an original tale and not a lot happens on the action level, but there’s tremendous psychological movement in Kings of the Evening. The characters are real and relatable, and the camaraderie is infectious. With a title that refers to a weekly fashion ceremony in the 1930s where the black men dress up and parade in a contest that offers many small consolation prizes, director Andrew P. Jones successfully creates a somber story about love, loss, anger and optimism.

Former model (and co-producer of the film) Beckford can almost be forgiven for his lackluster acting skills, for what he lacks in the acting division he makes up for with a magnetic screen presence. Paired with Whitfield (The Josephine Baker Story), whose tremendous body of work has made her a screen gem, Kings of the Evening is a work of heart and soul.

Beginning with Homer’s release from jail to his kinship with his fellow tenants, including the flashy hustler Benny (Reginald T. Dorsey), Jones gives a masterful snapshot of the somber life of African Americans during the Great Depression when any job, even an illegal one, was cherished.

Particularly poignant is when Whitfield’s character tries to teach Clarence how to walk to enable him to win the fashion contest. “You’re walking like you just ate a sack of rocks!” she scolds. “You gotta walk like you know where you’re going!” Thus, the significance of having dignity despite not having a dime is the message that weaves through this drama.

Kings of the Evening releases in select theaters July 23.