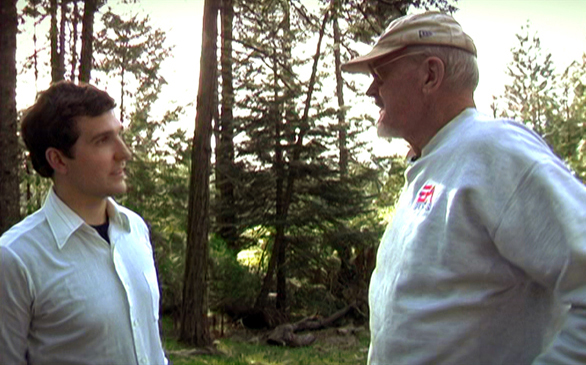 The YouTube phenomenon is not only capturing everyday people at their best, but more often than not, at their worst.

With laughable phrases like, “My mind is just a piece of shit this morning” and “I’m going to give a clue here now. I don’t want any more bullshit anytime during the day! From anyone! That includes me,” Jack Rebney joined the latter group.

In 1989, the middle-aged Rebney acted as an RV salesman for a promotional video. On set, the crew found Rebney’s outtakes full of colorful language far more entertaining than the actual scripted footage.

As he forgot his lines, Rebney’s anger was overwhelmingly comical. The outtakes were originally distributed on VHS in a successful attempt to get Rebney fired on grounds of his outrageous behavior on set.

His viral popularity blossomed. Rebney’s humiliation and progressive anger were of no concern to video sharers. For YouTube and Google searchers, he came to be “Winnebago Man” and embarrassingly enough, “The Angriest Man in the World.”

Similar to “America’s Funniest Home Videos,” these videos were originally filmed and edited to get a few laughs. They didn’t intentionally set out to disgrace the people in them, did they?

Too often going unnoticed are the humiliated victims in the videos.

When writer, director and producer Ben Steinbauer saw “Winnebago Man” for the first time, he became increasingly more enthralled and set out on a journey to meet Jack Rebney.

What he finds Rebney’s life to be is surprising. Steinbauer’s journey is much like that of a journalist. He gives a man a voice that wouldn’t otherwise have one. Steinbauer portrays Rebney in a better light than YouTube could ever grant him.

The movie proves there truly is good in everyone. Sometimes you can’t immediately see a person’s appeal at the surface, so you may have to do some digging.