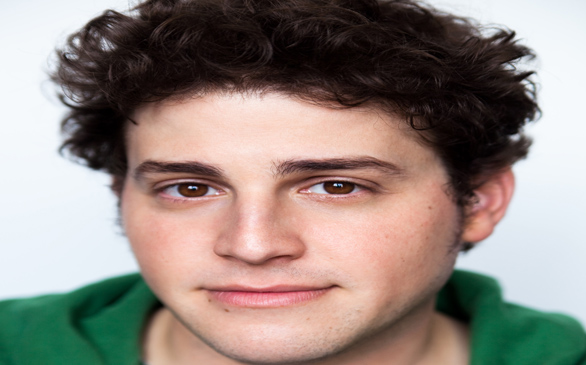 You can either laugh or cry, and David Blue chooses to make people laugh. After his run on “Ugly Betty” as Cliff St. Paul, Blue snagged the role of Eli on Syfy’s “Stargate Universe.”

“I love humor,” says Blue. “I honestly did not expect to end up on a sci-fi show. I thought my career was going to take me more into the sitcom or the single-camera comedy.”

But he’s nowhere close to complaining. In fact, Blue doesn’t want to be locked only into comedy. His character Eli on “SGU” allows him more freedom than that.

“The reason I actually accepted the role is because it wasn’t going to just be a funny guy. I’m a really well-rounded character.”

While he might not have expected to be on a sci-fi show, he’s certainly embracing it.

Blue says, “It’s cool because I get to live up all the fantasies I had when I was a kid. I get to hit buttons and get blown up and all those cool things.”

Blue’s TV career is skyrocketing quickly, but he started out in theater and plans on still pursuing that, too. With a double degree from the University of Central Florida in acting and musical theater, the possibilities for stage are extensive.

“My ideal situation would be to get a movie, then when the TV show is on hiatus, be allowed to do some Broadway as well,” says Blue. “I essentially just don’t like free time.”

During his three weeks off this summer between seasons for “SGU,” Blue will be writing, producing and directing a short for Sundance called Chasing the Moon.

Blue also co-produced a feature Fireflies, which should be completed this year.

Blue encourages fans to check out his Web site, david-blue.com, and find him on Twitter.

“I love connecting with everyone and hearing from them,” he assures.