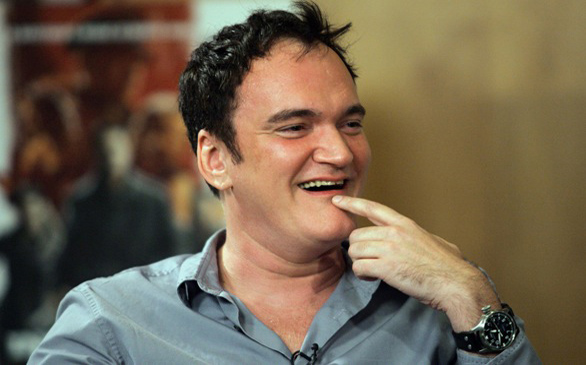 Again with the remakes? Yes. The topic of remakes never gets old because there are so many ways to look at it, so many pros and cons and so many possibilities. Today, I think I’ve been successful in cooking up an interesting remake-centric idea to ponder. The one universal truth about the prospect of remaking films is that there are films you can remake, and then there are films you’d go to hell for remaking.

Well, it’s 2010, and most folks aren’t as superstitious as they once were, which means people aren’t really afraid of going to hell anymore. We just assume that there are certain films that Hollywood would never remake, but what if that weren’t true? What if there comes a time when classic films are no more safe from being remade than older middle-of-the-road films that had potential but weren’t realized properly? You just never know.

So to help brace ourselves for the possible history revisionism that Hollywood might unleash on us, I’ve chosen five of the most classic films of all time and provided my choices for who should direct the remakes of them. The idea here is that the new version wouldn’t be a carbon copy of the original, rather a new version using the same story with whatever spin the new director feels is appropriate to put on it. Enjoy.

To remake one of the greatest science fiction films of all time and replace Ridley Scott in the director’s chair, I’ve chosen Darren Aronofsky (The Fountain, The Wrestler). Sci-fi films often get lumped in with action movies because people assume that most sci-fi films have just as much action in them as regular action films. Blade Runner is different in that while it’s still a sci-fi movie, it’s also a film noir detective story. While being a great visual filmmaker like Scott, Aronofsky has a great understanding of the psychological themes at play in Blade Runner, and I have no doubt he’d knock it out of the park.

Who can forget Francis Ford Coppola’s Vietnam masterpiece? I’ll tell you one guy who probably hasn’t forgotten it: David Fincher (Se7en, Fight Club). If I had to guess, I’d say Apocalypse Now is probably one of Fincher’s favorite films. Fincher is the kind of filmmaker who doesn’t settle or concede quality for anything, and neither did Coppola back when he made the original. If you look at the skill set required to make a film like this, Fincher’s got it all.

I know this is going to ruffle a few feathers, but just bear with me. Imagine if Quentin Tarantino directed the remake of The Godfather? I know, I know. The reason I chose him is because, to me, he seems like one of the only directors who would be bold enough to put an interesting spin on it while staying true to the original. After seeing the glorious maturing of his style in Inglourious Basterds, I’d be very interested to see what he’d do with this.

Now, we’re getting into the ultra tough ones. Casablanca is arguably a perfect movie. Every aspect of it oozes brilliance. So it’s a no-brainer that whomever was charged with the Godless task of remaking it would have to ooze brilliance themselves. For this remake, I pick the Coen brothers. Joel and Ethan Coen are hands down two of the most unique and gifted original filmmakers whose work has graced the screen. And one thing they are known for are their non-conventional endings, which fits right in with Casablanca’s super unconventional ending. Casablanca’s influence is all over the Coen brothers’ work (if you look hard enough) and seeing their take on this classic film would be awesome. I dare you to say otherwise.

Finally, we arrive at what is arguably (I love that word.) the best film ever made, depending on who you’re arguing with. This choice was actually the most obvious to me, and that choice is Christopher Nolan (The Dark Knight, Inception). What is there to be said about Christopher Nolan? The guy simply can’t make a bad movie. I’ll bet that if Nolan tried to make a bad film, he’d wind up making a great film. And it’s that kind of guy whom would be needed to remake the best film of all time.