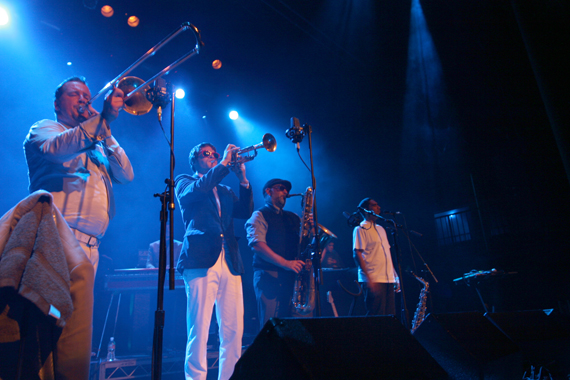 I think someone forgot to inform Fat Freddy’s Drop that this wasn’t an outdoor daytime show because the energy they provided was not to be confined. If you’ve spent the day at an outdoor concert, then you’re familiar with the more relaxed vibe that goes along with it: People seem to care less and dance more without borders. Not to mention the mysterious smell of marijuana that seems to appear in your nostrils from who knows where.

Yeah, all of that was going on while seven men from New Zealand played some of the tightest grooves this side of 1978. I wouldn’t, however, limit the sound to funky because reggae was equally manifest. Fans were exuberant as each of what seemed like five or six songs was played over the course of the two-hour show, and I could not agree more.